A Look At Inglot: Red Lips 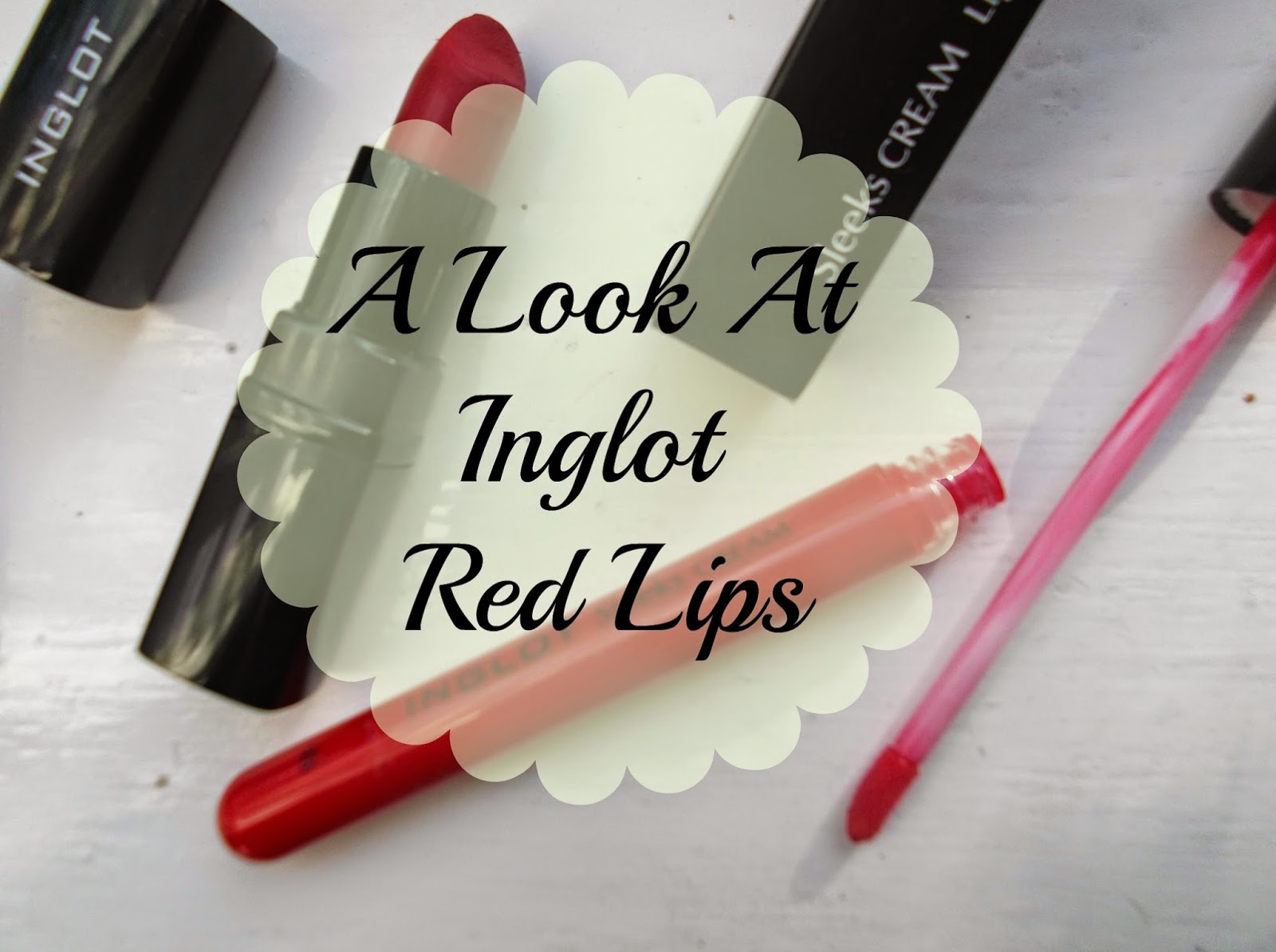 Inglot is a the type of make up brand that I goo over, say I must try it when I have the spare cash and then walk on by the stand. (I could have made a song out of that, but I didn't. Impressed?) I would class this brand in the MAC category: Overpriced, over hyped and lets face it, a little bit too posh for the likes of me. And I'm fine with that, I love my Seventeen, Rimmel and the odd spurge on Maybelline even. But when a friend gave these to me for my birthday, I was totally over the moon and felt fancy as hell. Inglot? Lip products? In red!? Oh holy god, be still my dancing ovaries (thats a saying now, I've just decided).

First lets take a second to talk about the packaging before we start on the products themselves. I'm forever giving out about the predominantly black packaging that holds most makeup, but when I look at Inglot all of that goes out the window. How sleek and luxurious does it look? Just wow. The lipstick is small, neat and easy to pop into a clutch without taking up too much room. The lid never budges on this either which is amazing as I have some very loved but battered lipsticks purely because the lids wont stay on. Its so annoying to find it all over your bag and all broken up, but not with Inglot products it seems. The gloss is the same, the lid doesn't budge as its a twist on top. My eyes always open a little wider when I take out this gloss, the long tube looks just like something out of my old science class rooms and its nothing but gorgeous. All of the love for how right Inglot got their products to look! 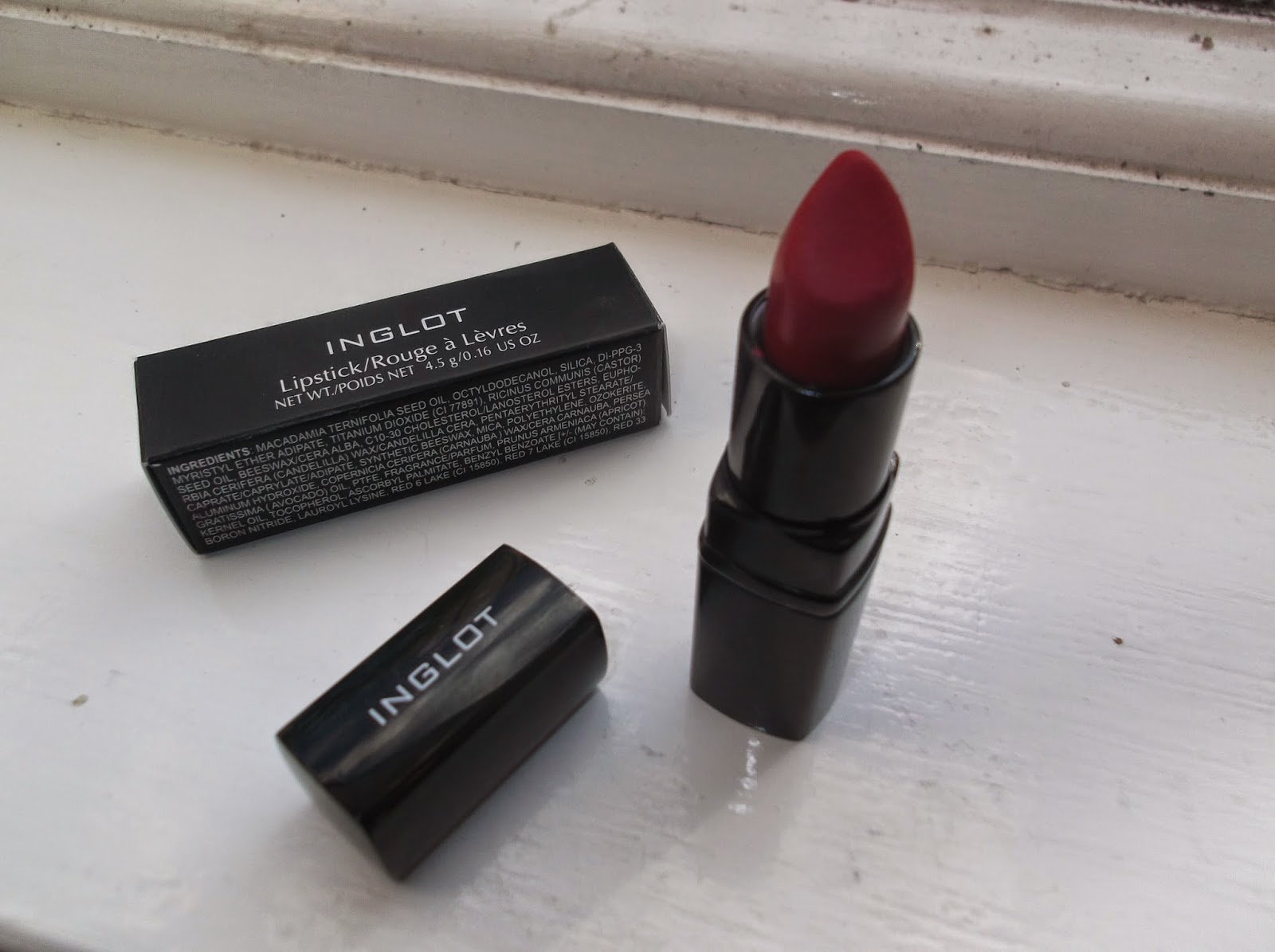 First is the lipstick in the shade 409. This is so much darker on the site and I was annoyed at how shiny it looks too. Pictures can be so deceiving on the aul interwebs sometimes! This is a gorgeous dark 'matte moisturising formula with vitamin E, avocado oil and macadamia oil.' This is far from moisturising in my opinion. It drags on the lips and can be quite hard to apply if your trying to do a quick coat. (spoiler alert: you can't do a quick coat with this. Ever.) Its interesting to see that theres macadamia oil in here, along with the others. I'm not sure how long Inglot has been around or how long this particular formula has been in stock, but macadamia oil has been the big craze for the past year or so. I would say this is a big selling point for them here - its not just a nice lipstick shade, it has other benefits too! It also says its paraben free (another craze every product is banging on about) and its not tested on animals.

To be very honest this doesn't wear well without applying a lip pencil first and even then if you've been eating or drinking it will soon need to be reapplied badly. Its such a dark colour too that you will need to pull out a mirror with every application, just to be safe. And as I said earlier, it drags on the lips and isn't moisturising. This lipstick isn't forgiving either, so you would need to use a good amount of lip scrub before this. On a really positive note, this smells really sweet, kind of like cherry sweets. But it tastes awful - I do these things so you don't have to! 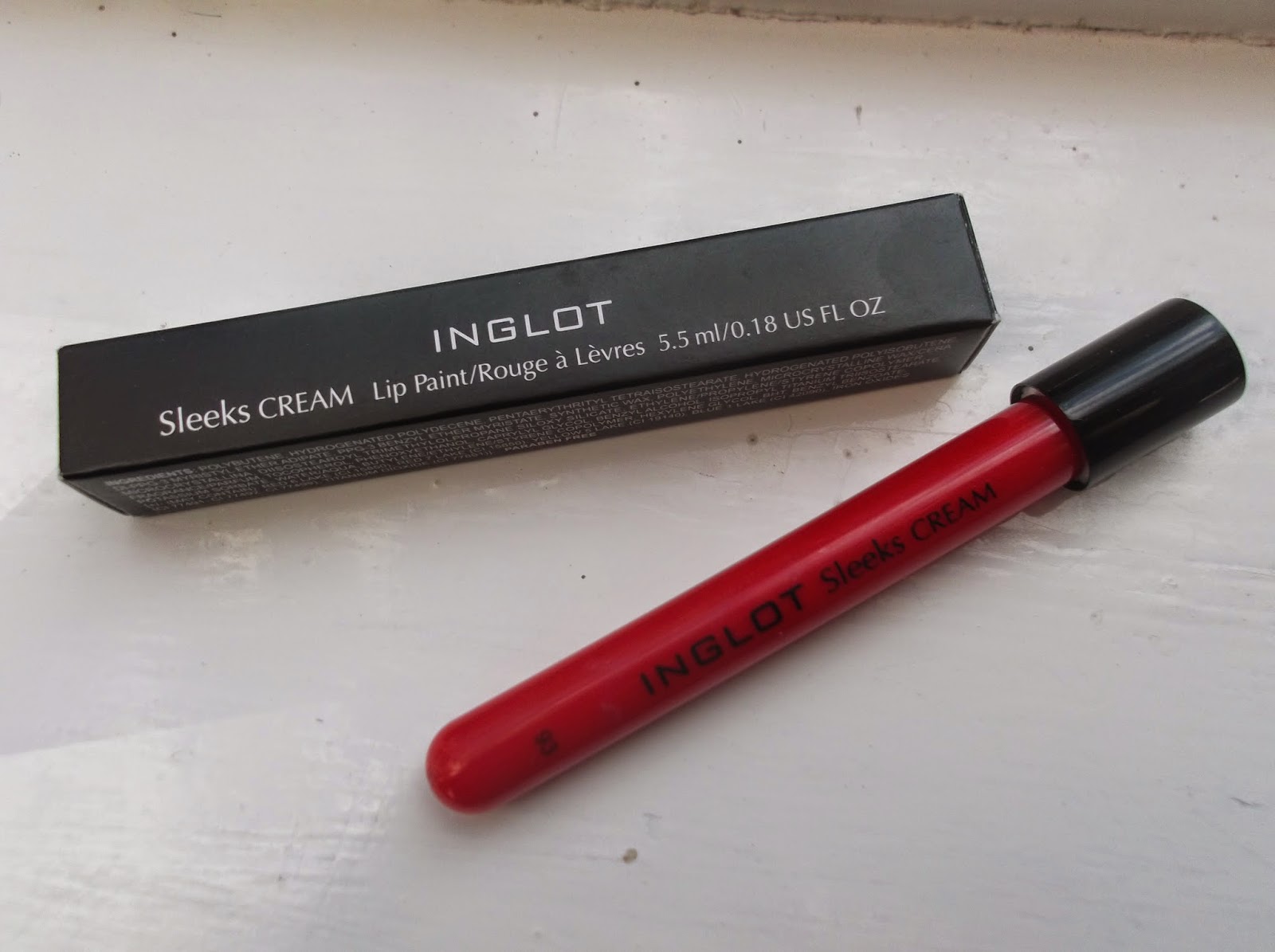 Next is the sleek cream in the shade 93. This colour is more true to life on their site and is again not tested on animals and paraben free. I have no clue what the difference is between sleek cream lip paints and bog standard lip gloss, because from where I'm standing they both look the same. Then again this is a more high end brand then what I've ever used before so clearly I am unsophisticated and uneducated in the ways of the paint-glosses of the lips.  This says its got 'vitamin E hydrates and nourishes in this long lasting non sticky lip paint with a luster effect'. Maybe its not as sticky as regular gloss? (also, is anyone else wondering what the hell a luster effect is?... I just googled it. 'Lustre is the way light interacts with the surface of a crystal, rock or mineral' - boom, you just got educated about light. This isn't just about a lip gloss anymore, oh no.)

This is about as long lasting as a normal lip gloss for me. Its not as gloopy as some I have tried and is easy to apply. But again, its not hydrating and after I take it off in the evening I tend to use a lip balm as my lips feel dry. However this smells as lovely as the lipstick, but in a more sickly sweet caramel way - Again, doesn't taste nice. 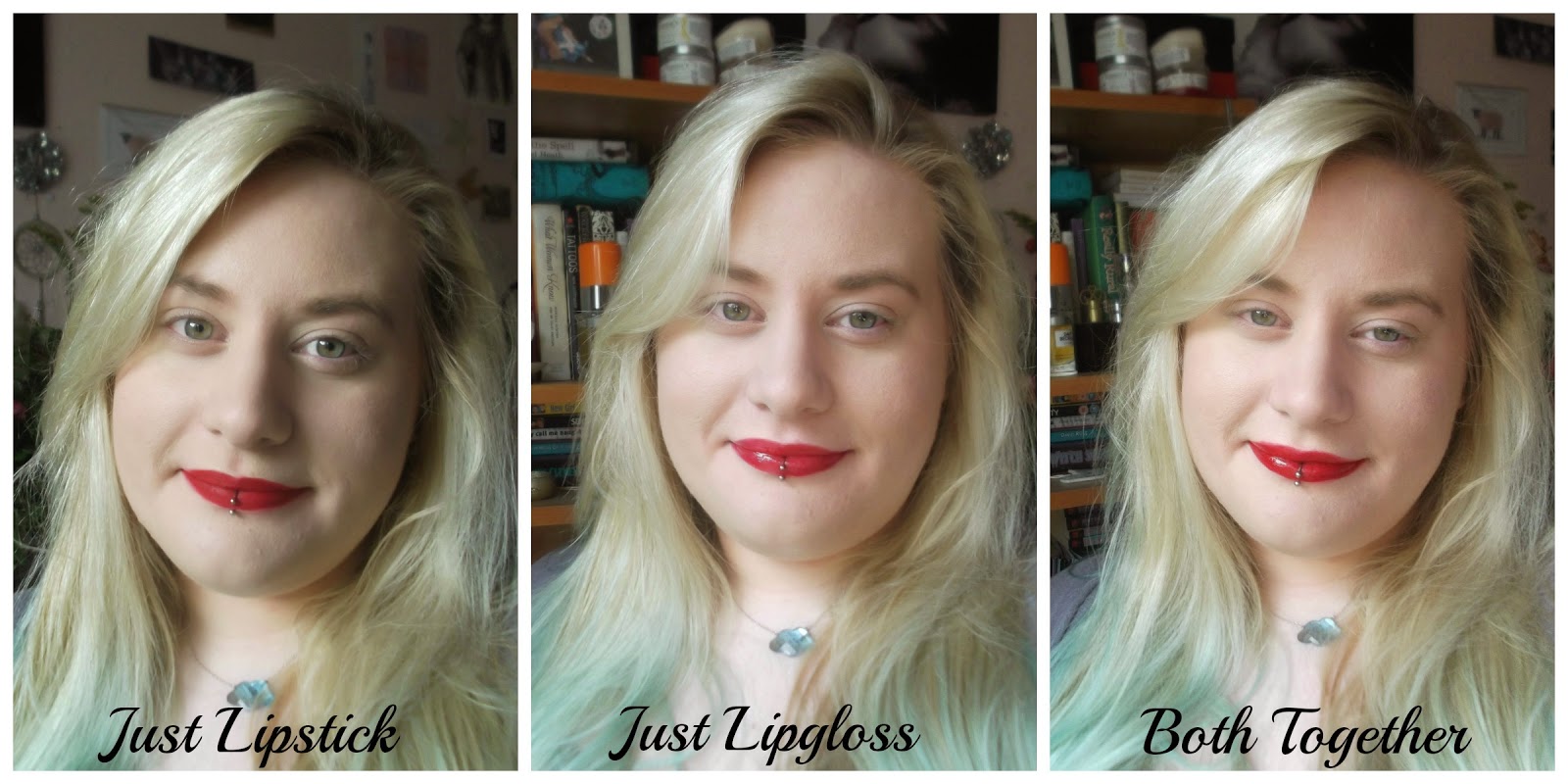 Would you take a look at me. I look like I've documented my three stages of going to sleep. Each photo my eyes are more closed. Promise it was because the sun kept coming out brighter and not because I was off to sleep standing up! As you can see, both layered together looks great and a little more moisturising then just the lipstick on its own. Both of the colours are just gorgeous and although I bitched about them a lot in this post, I'll be wearing them non stop considering its autumn and soon into the Christmas period. Who doesn't love an aul dark red lip for the season?

What do you think of Inglot, have you tried their products?
Posted by Unknown at 04:46