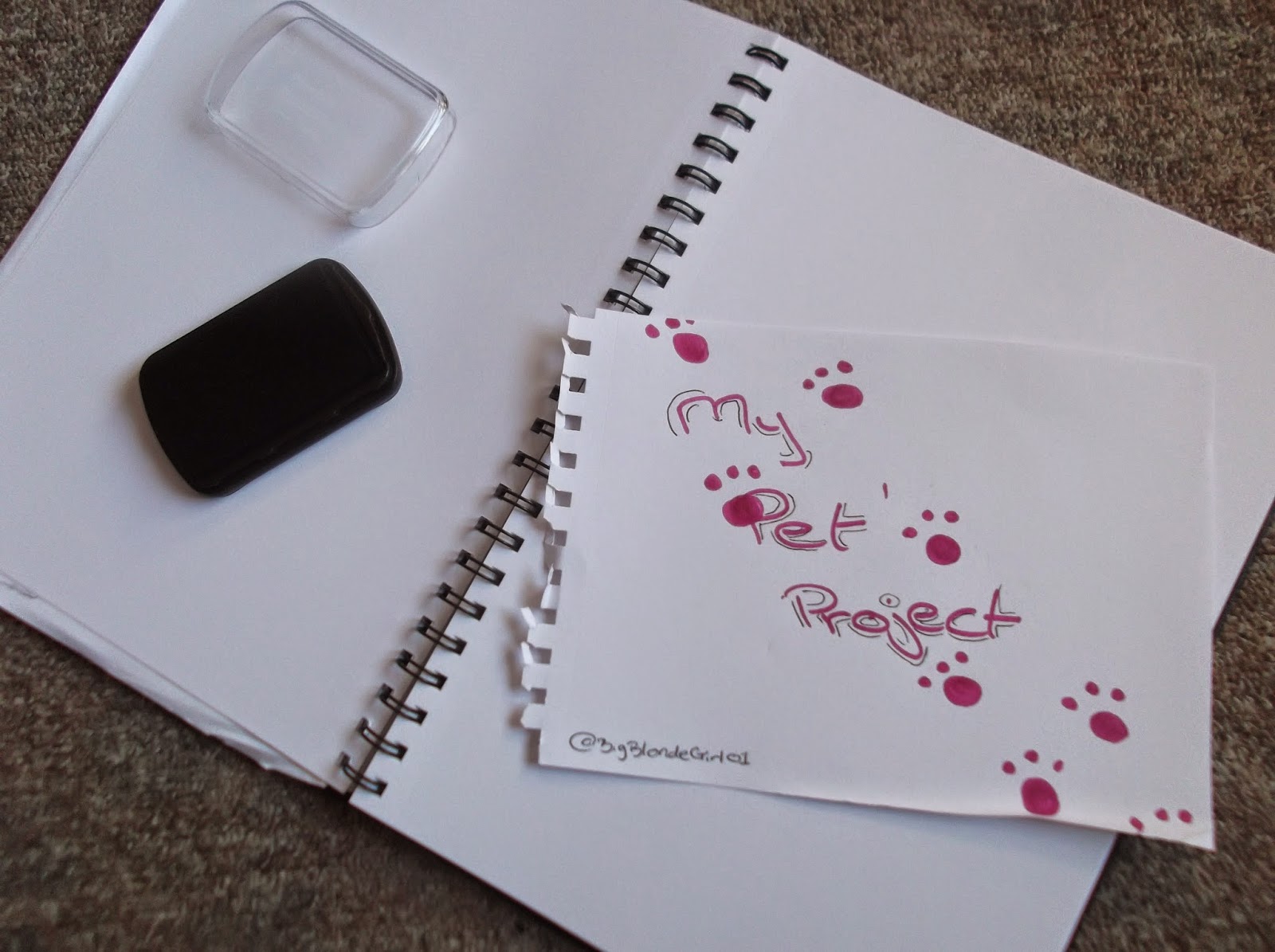 Its safe to say that I am a massive cat lover and spend a good 99% of my day talking to my cats. If not with them, then I am looking at cat memes online or finding cat prints in shops. There is nothing more I love in the world then my two fluffy little ladies. Not everyone is a cat person and I understand that (well, not really. But I wont hold the grudge for too many years.) but its really the same feeling you get for any pet you might have or have had in the past. They are the thing that brightens up your day. Unconditional love and affection given to you, just as much as you want to give them it back. (Along with many toys, chin rubs and treats. Or new collars.. Or a walk.. Letting them take over the entire bed..)

But with the many years I have with my lovely furry friends, its always in the back of my mind that they wont be here forever. That really was floating around my head the past few months since Dodie got very sick and not long after she was all better, disappeared for 2 days which was so unlike her. The horrible thought came into my head at those times that all I really had was photos of them. So as down and depressing as that thought is, I wanted to do this little project and write about it to inspire others. Maybe you might do the same thing, or maybe you might just take an extra second to go and give your pet some love and tell them they are the best thing since sliced bread. 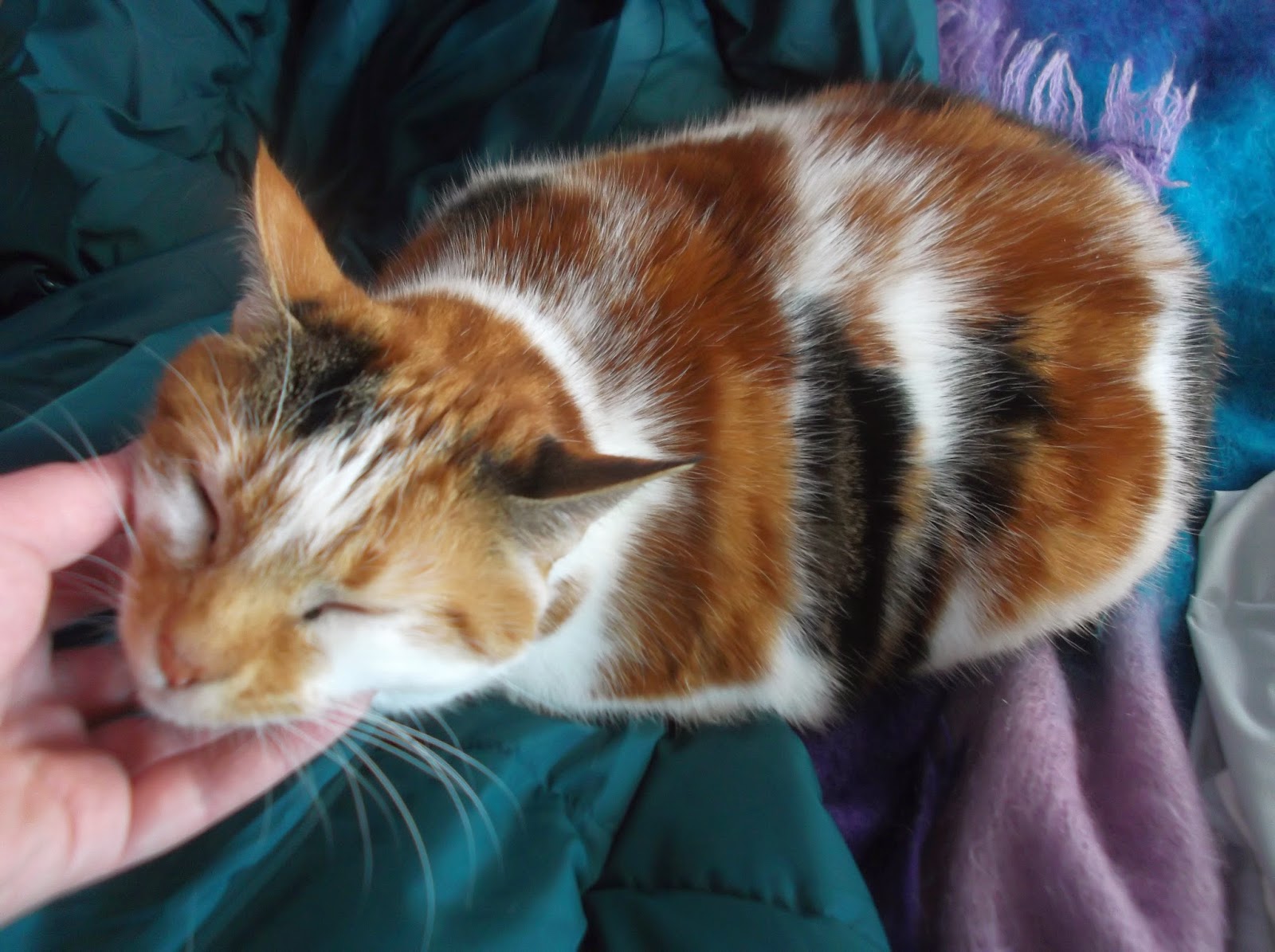 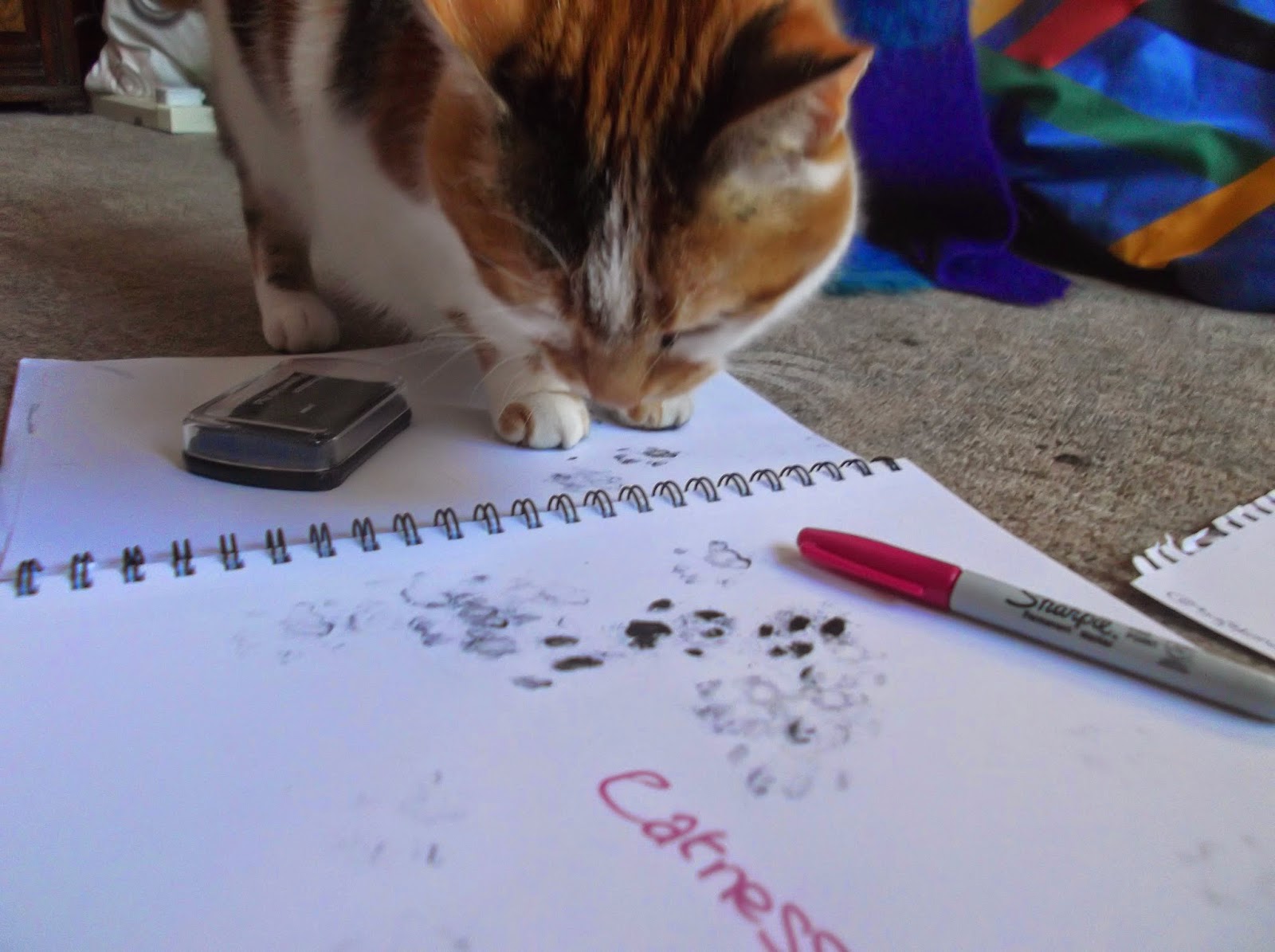 I'm a big fan of getting tattoos when they mean something really important to me, so my thoughts behind this was getting my two cats to make paw prints that I could eventually get tattooed to always have them with me. For this all I needed was some paper and a little palette of non toxic ink in black. I went to great lengths in the shop and checking online that this ink was safe to use on their paws, believe me! I got more then a handful of odd looks as I gathered half the staff in Easons for second and third opinions on the ink. As you do.


It was surprisingly easy to get both the cats to do this, once I had cat treats to bribe them with. My god don't attempt it without them, especially if your pets like to chew you a little! 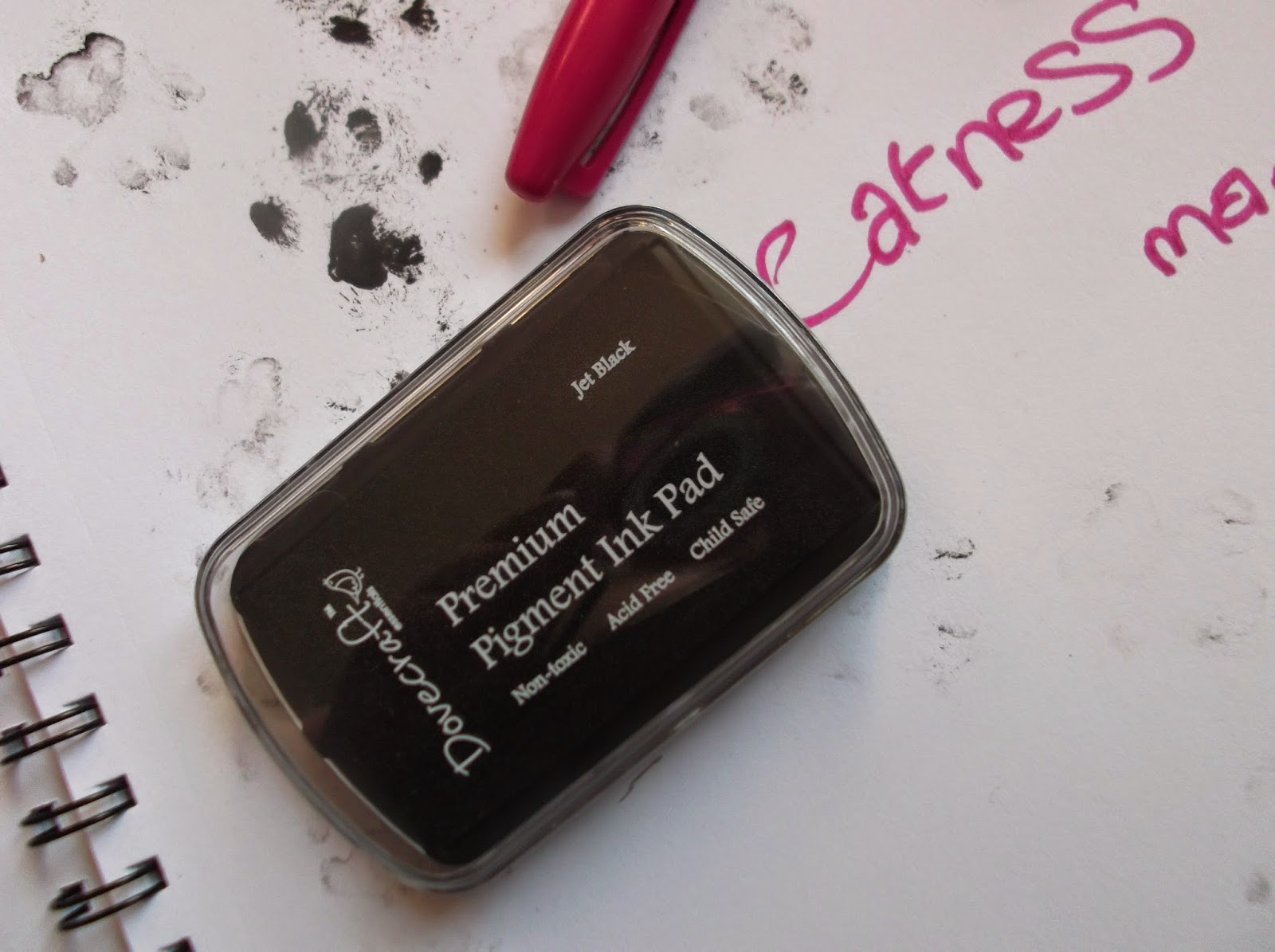 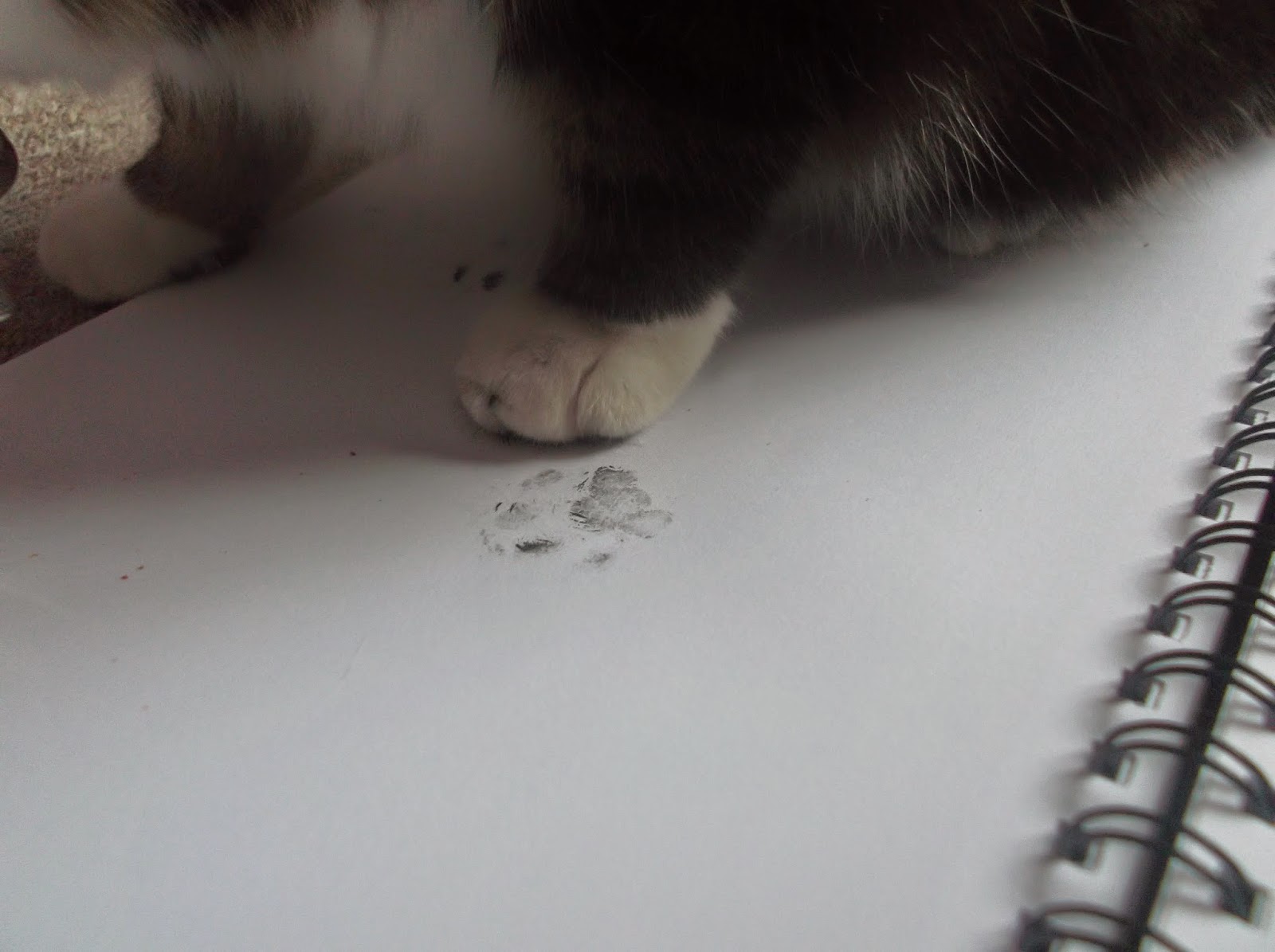 After their paws were printed I washed them both with a little water and got off most of the remaining ink. (Washed just their paws mind you, I wasn't dunking the poor cats into the bath or anything like that!) I would recommend putting down some newspaper as well, as my floor was left with some little black paws prints after this project. Opps. Also if you can, try and get someone else to help take a few photos of the activity. Its a little something extra to keep or even turn into a scrap book type memory. 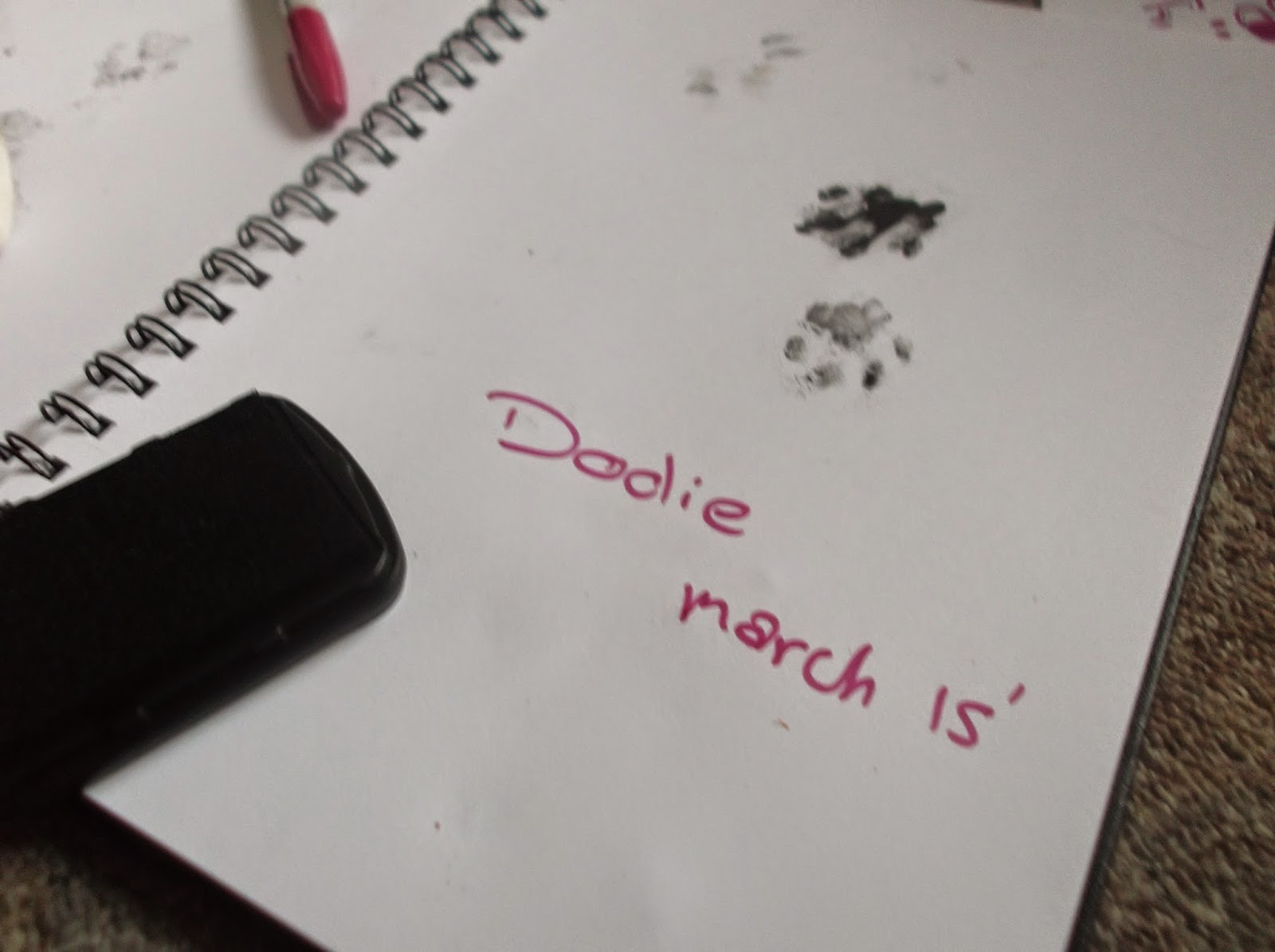 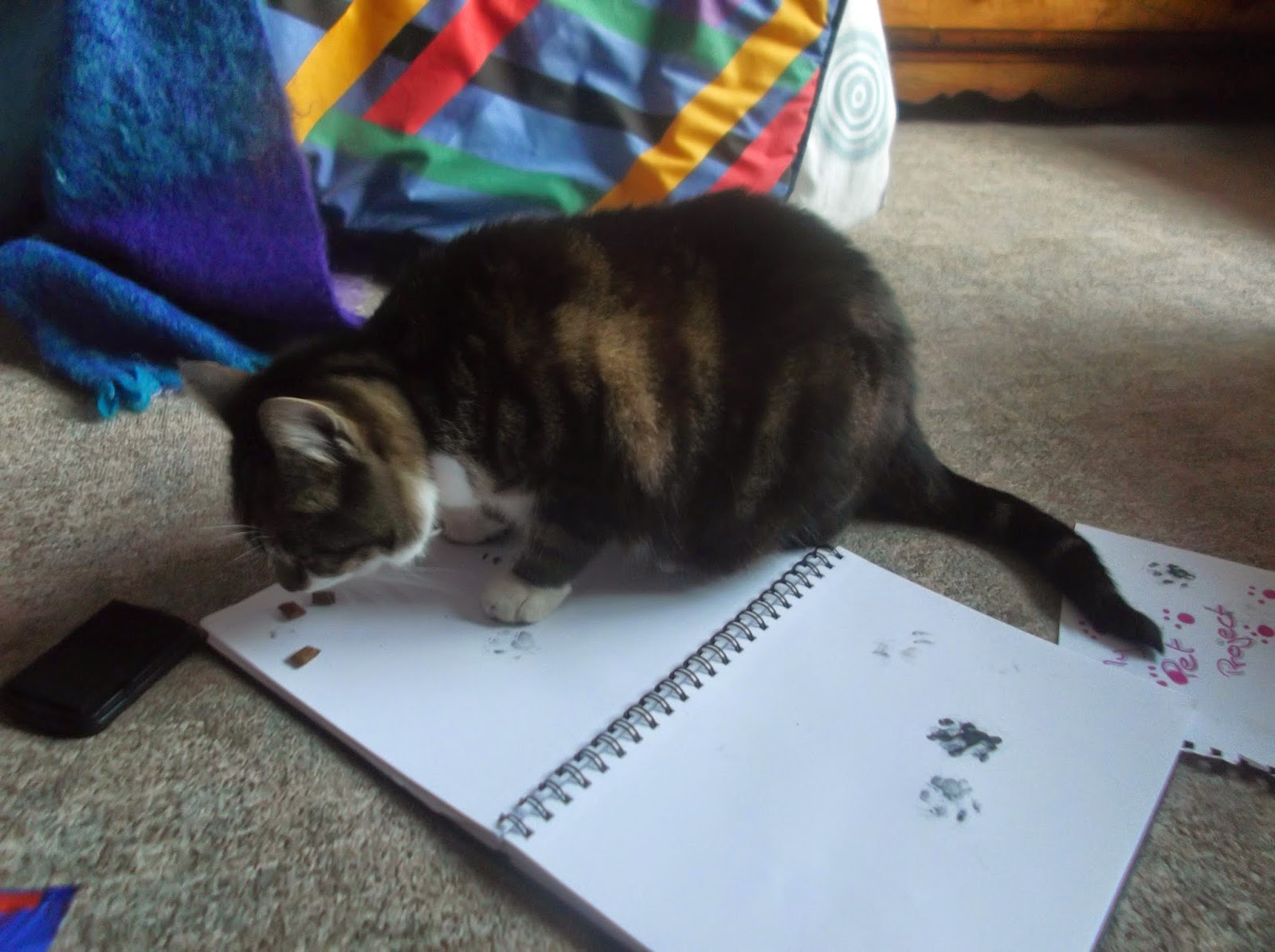 Overall I'm really delighted with their little paws on paper that I can keep forever and I know that one day if I decide, I can trace over them and have them tattooed on me. I really hope that my cats live for many more years to come, but I know that the craic (yes, genuine tears streaming down my face laughter) of that day trying to work with them will always be a fond memory. One kitty heading out the door batting the pen with her, the other managing to open the treat bag and stick her head in. Them having a fight and both running all over the place, leaving a black paw trail. This is a mad house, I'm telling you!

No animals were harmed in the making of this post. The same can't be said for the owner!
Posted by Unknown at 23:32