I Only Went In For Hair Dye! Haul Post 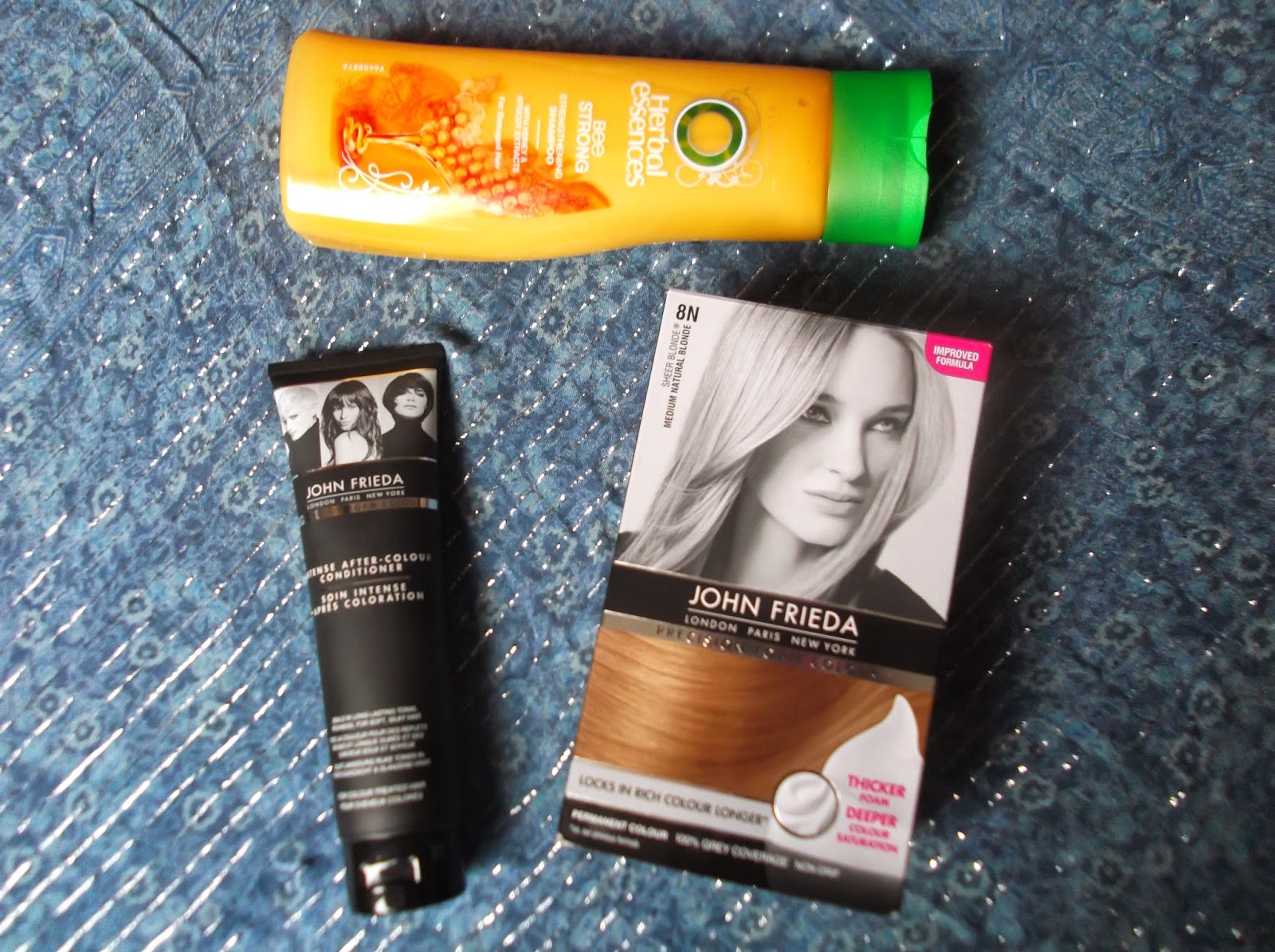 I genuinely only went into Boots the other day for hair dye. I've decided to try go all the way back to my natural blonde colour and instead of having 12 shades of different roots, I picked up a colour closer to my own. Normally Boots has a massive range of dyes, brands and offers so I got the John Frieda moose. Partly because it was on offer from €13.99 down to €6.99, partly because I had never tried it before and partly because its a fancy pants brand! Oh and the most important thing of it matching my natural hair colour the closest. Nearly forget that bit.

But once hair was thought about, I noticed that the John Frieda intense after colour conditioner was only €3.49 down from €6.99 and it would have been truly rude not to pick it up. The same went for the big bottle of Herbal Essences that was only €2.74 down from €5.49. But in my defense, I was running low on the shampoo.. 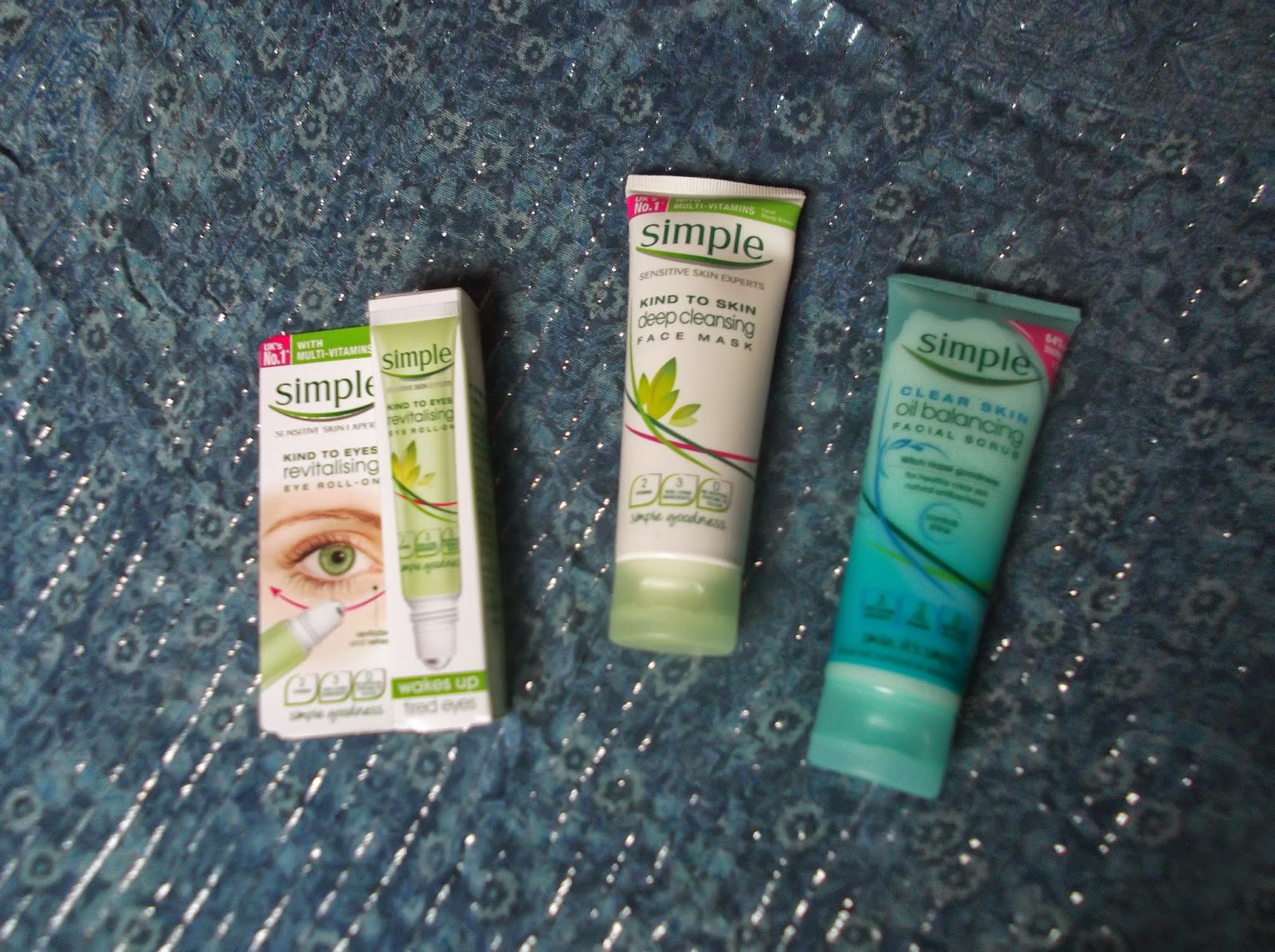 After the hair care incidents I was on my way to the check out when I spotted that it was 3 for 2 on all the Simple range. I've been after the eye roller for mad bin bag under your eye balls (the technical advertising terms, of course) for ages since seeing Sprinkle of Glitter get it in a haul. It was €6.99 but then I did get the face mask free once I picked up the face scrub.. Both were €4.99 each. And I had to get them. Cos', cos' of the offer!! 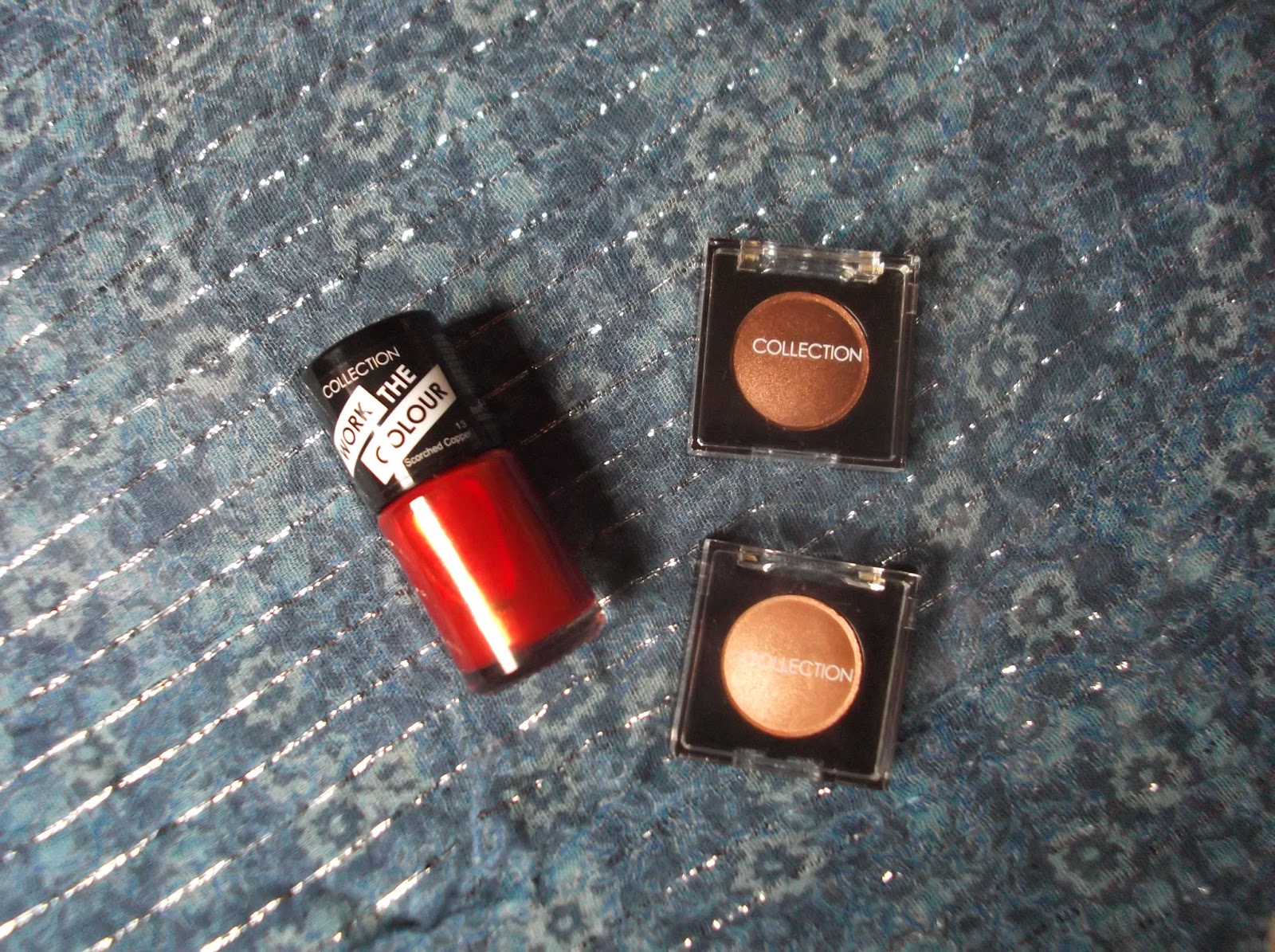 After that total fail I said fuck it and headed to the make up. Collection had all their nail varnishes for only €2 each and I had about 12 in my basket, but decided against crying when I had to hand over all my money at the till. So instead I just picked up the one. Isn't it just gorgeous? I've tried it since getting home and its a perfect Autumn shade.

I have been on the hunt for a particular eye shadow from Seventeen for myself and the sister, but its the hardest one to come by! Its always sold out everywhere. So to console myself after not finding it yet again I picked up these two lovely shades from Collection for €2.99 each.

Well, I tried. But I did get the hair dye I went in for.
Damn bargains!
Posted by Unknown at 16:56