Sunday is the day dedicated to all things sexy. I might not post every week (even I need time out from sexy things) but Sexual Sunday was born with the idea that I would tour the sex shops of Dublin so you don't have to. And thats what I've been doing all this week, you'll be pleased to know. But I'm going to save another shop review and this week instead talk about an Ann Summers sex toy. (You can read my review of Ann Summers on O'Connell St over here.) 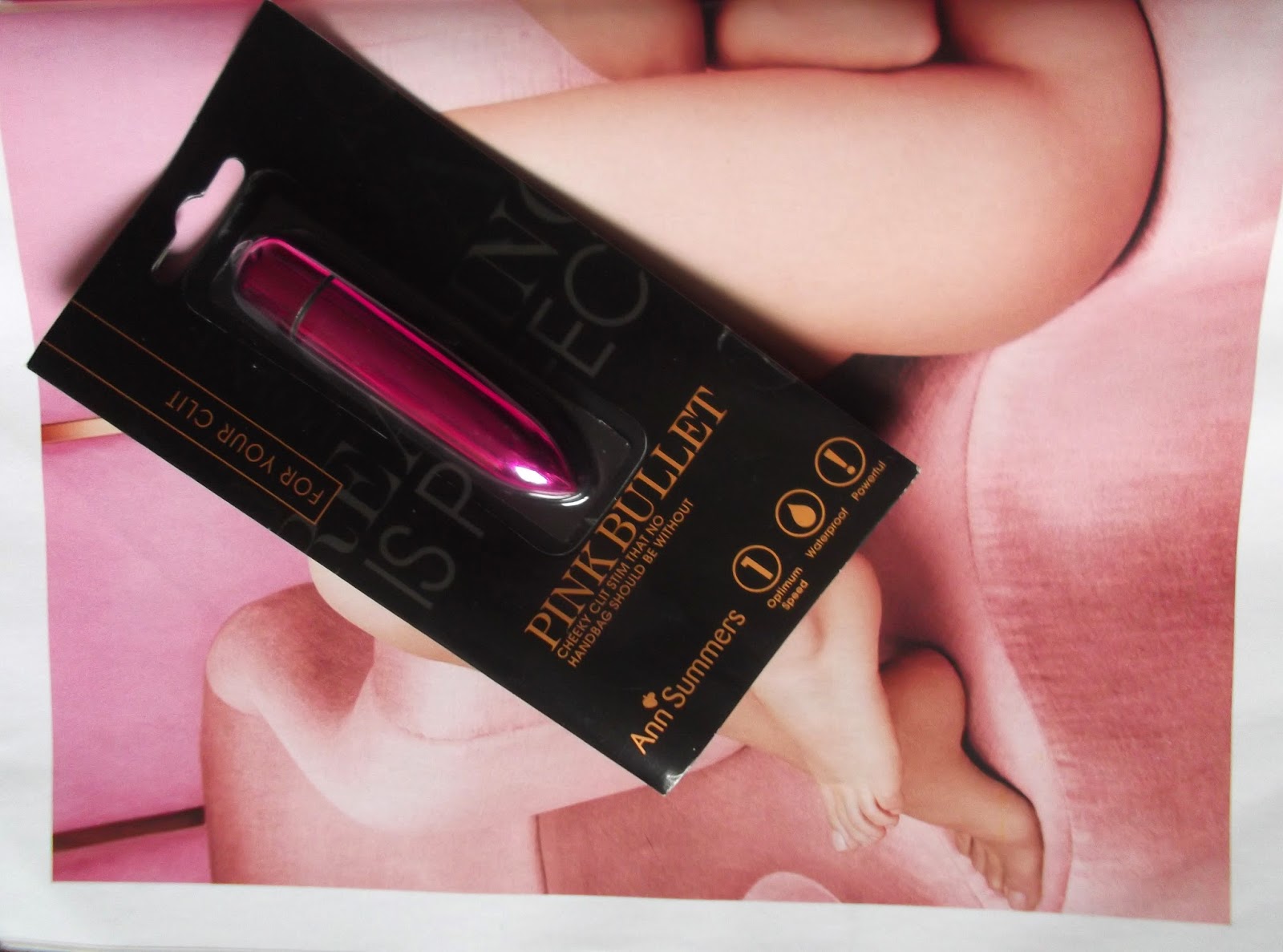 This is like any other bullet, theres really nothing overly impressive about it. I like that the battery - 1x N (LR01), comes with it and that the packaging opens up to explain in detail about the product and how to care for it. The packaging itself isn't over the top and dare I say even classy. This comes in other colours, but I'm a big fan of the shiny pinky shade. Its a simple press on and off button at the top of the bullet and you are good to go.


But lets get to why were all here. Does the thing actually work and if so, how well? In short, I've bought way better and cheaper bullets from Ann Summers before. It was one of my first ones and it rocked. (Until it gave up the ghost and I almost cried) This has only one setting, an extremely powerful one at that. Holding it in my hand for under 5 minutes and I could feel it starting to hurt and go numb, which is never a good sign considering its meant for your delicate bits. I find toys that have a few speeds are much easier to deal with, so you can work your way up through the more intense vibrations and not almost leap out of it when the toy makes contact with skin. That said, if you can deal with really powerful vibrations, you might be alright. 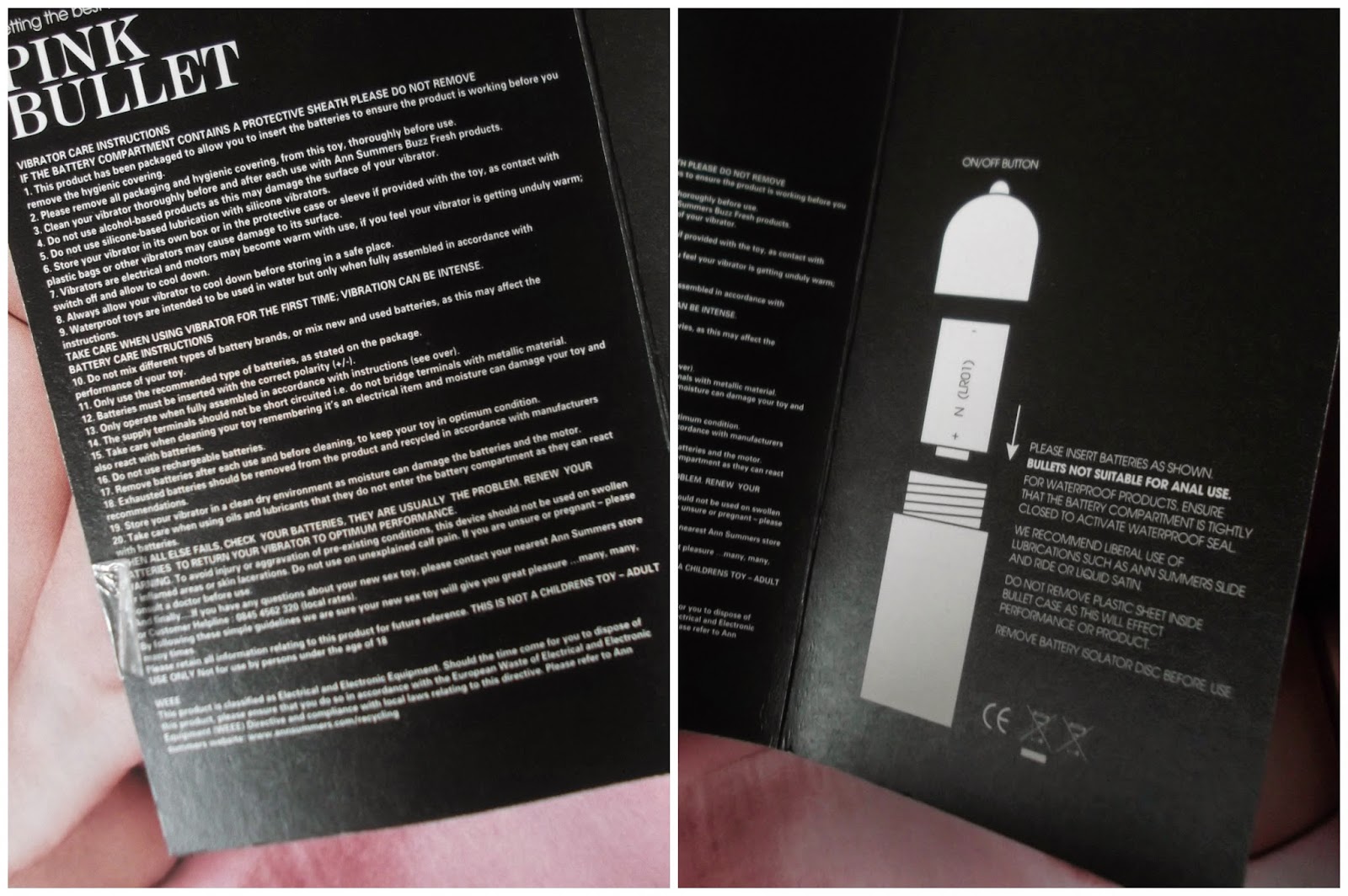 Another thing that bothered me was the hard plastic. It bullet is shaped so the main focus is the tip that you hold to your clit. This was just too hard and I found it a little painful (not in the good way) so I tended to use the length of the bullet instead. I know Ann Summers stock bullets with silicone topped tips, so I would recommend looking out for these instead if your shopping for a new bullet.


Overall for €15 I don't think its worth it. It looks cute, is fairly quiet on the grand scale of loud toys, but its vibrations are too intense for my liking and the hard plastic tip caused more pain then it did pleasure. (But naturally I can't speak for everyones tastes.) I have to pass on this, but I'm not ruling out all Ann Summers bullets as I know they have some really good ones. I might even replace the one I had years ago, just for the craic! 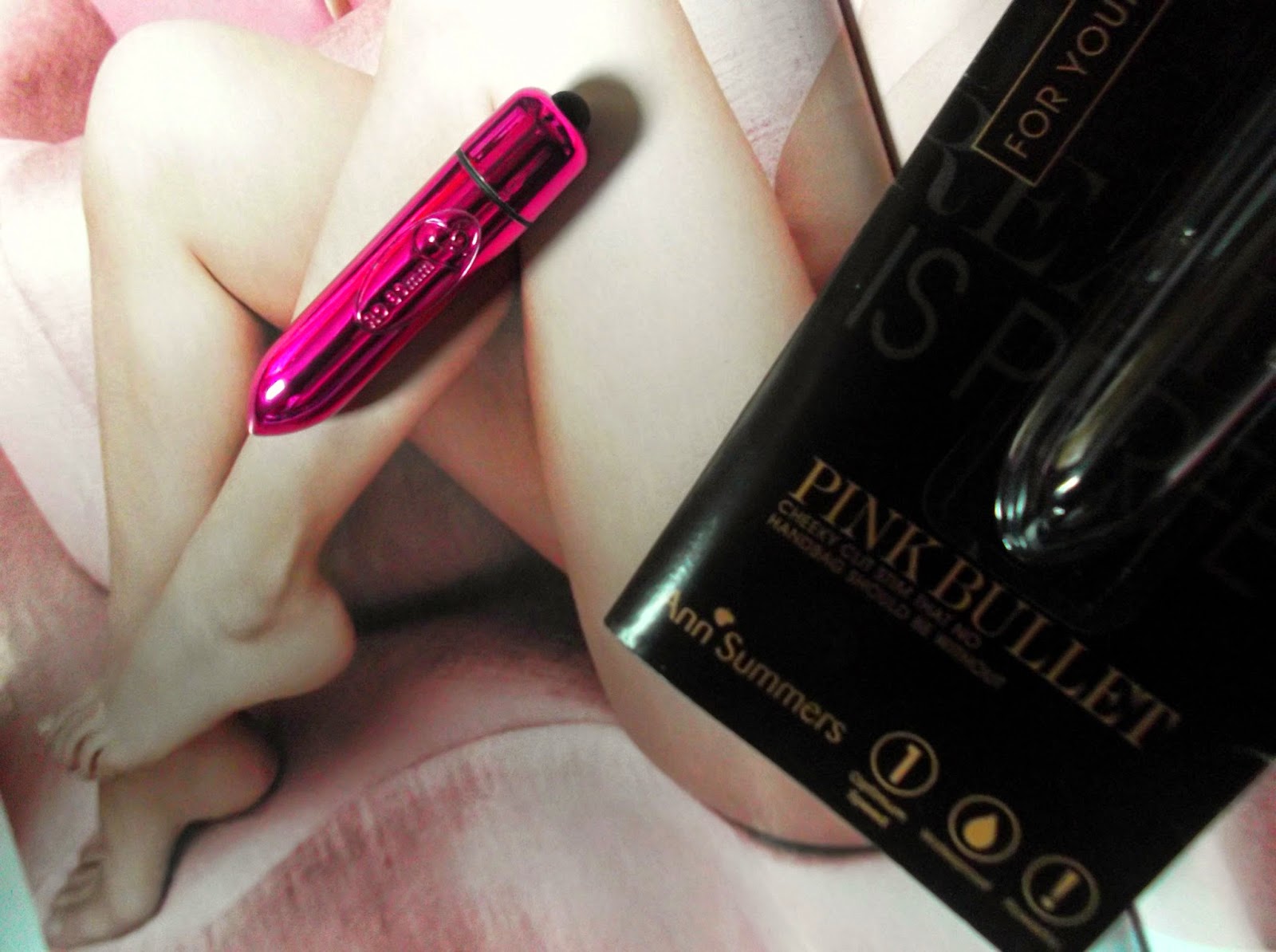 *I did not pay for this item, it was a PR gift.  Please see my disclaimer here.
Posted by Unknown at 23:58