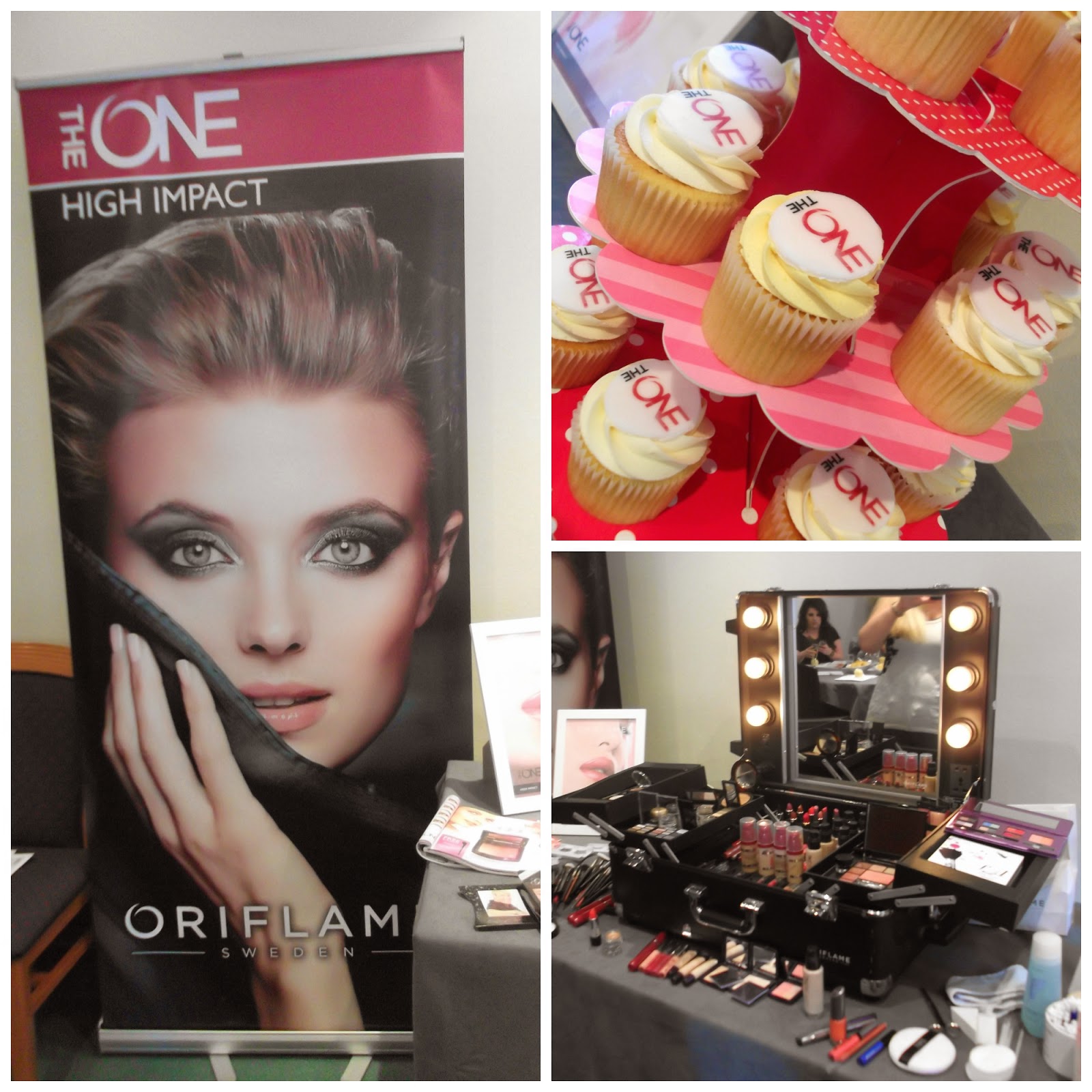 Last Saturday I toddled along to the very exciting launch of Oriflame's new line, The One. I was delighted to learn all about the brand as I had never heard of it before, although my dear mammy was dreadfully excited about it when I mentioned it to her. Oriflame has mainly marketed its products to people over the age of 35, but with the launch of 'The One' they are reaching out to a younger age group and hoping that it'll catch a few eyes. I can tell you without a doubt, after spending some time with this line I think its clear to say I'm hooked.

Gary Cockerill is Orilflame's chosen brand ambassador for his years devoted to being a make up artist for the stars. He talked a little about the brand and then did two demonstrations on some blogger ladies. He talked about the cream eye shadows as he applied some to the lovely Rachel using brushes. There are 8 shades available and they really did look gorgeous on. I'm a fan of cream shadows in general as they are so easy to use when your in a rush and still want to look well put together. Gary asked if one of the girls would apply the shadow to the second eye to show how easy the product was to use. He also talked about the different liners in the collection and I tested a pencil which was just a tad hard, but once warmed up worked beautifully. 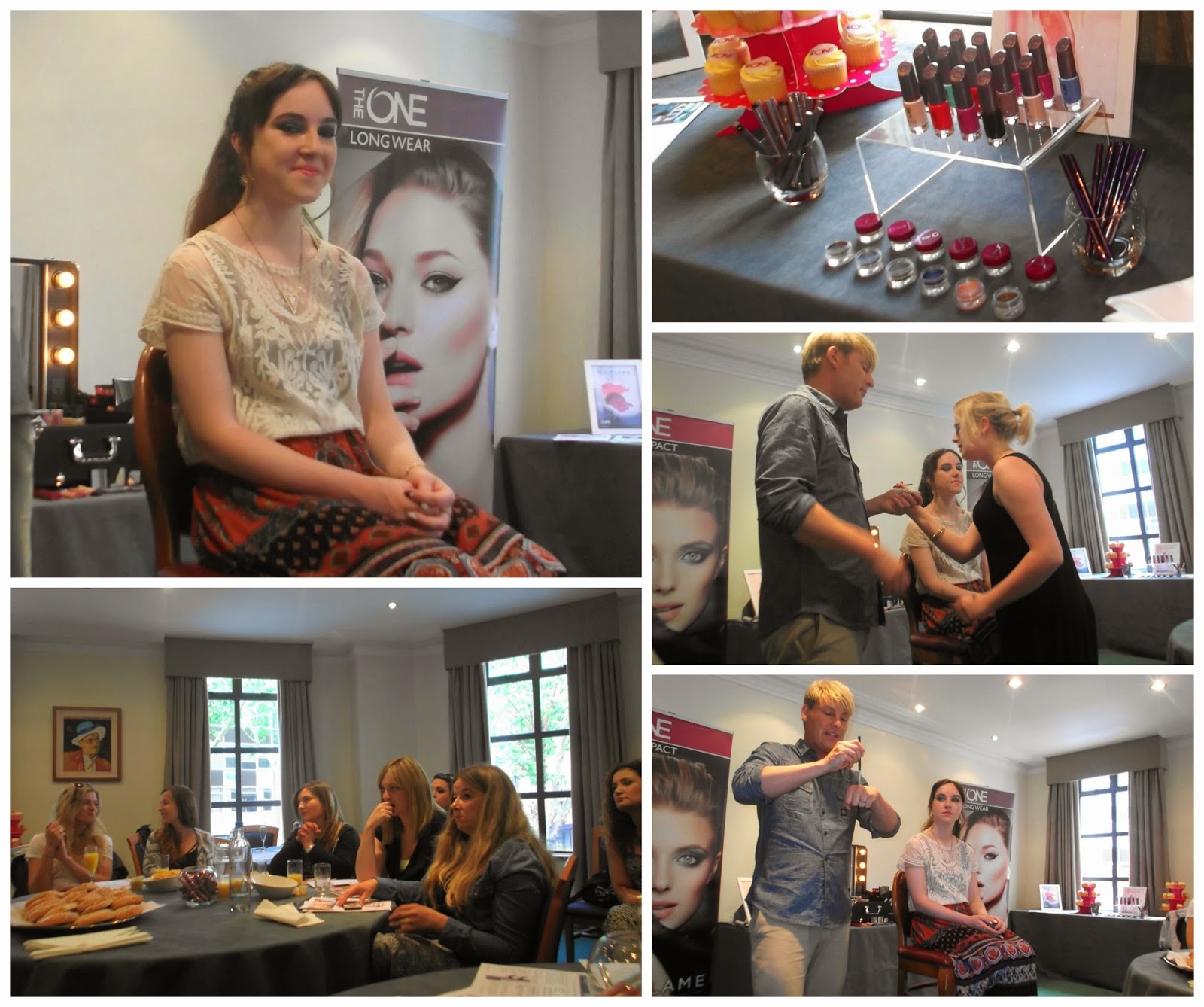 The second demonstration was modeled by the lovely Beth, wearing some of Gary's own line of lashes that he applied before also adding some blue liner and a gorgeous orange lip. I really love this particular look as its subtle but at the same time daring with the blue. I wouldn't be able to pull this off at all but Beth looks as cool as a cucumber. (jealous!) It was really lovely to get to meet Gary and hear about some of the gorgeous new products from 'The One' collection.

I never normally talk about the PR companies who organise events but I have to mention that there was the nicest girl called Stef from Faith PR who welcomed all the bloggers, helped out in any way she could during the demonstrations and was a mind of information. She was also kind enough to give me the same Oriflame nail varnish that she was wearing on the day. I just had to credit her for all her friendliness and effort. Plus, anyone who points me in the direction of cupcakes is a winner in my book! And as Faith PR are based in the UK, she was going straight from being the loveliest hostess with the mostest to running off in time to catch a plane back home. What a lady! 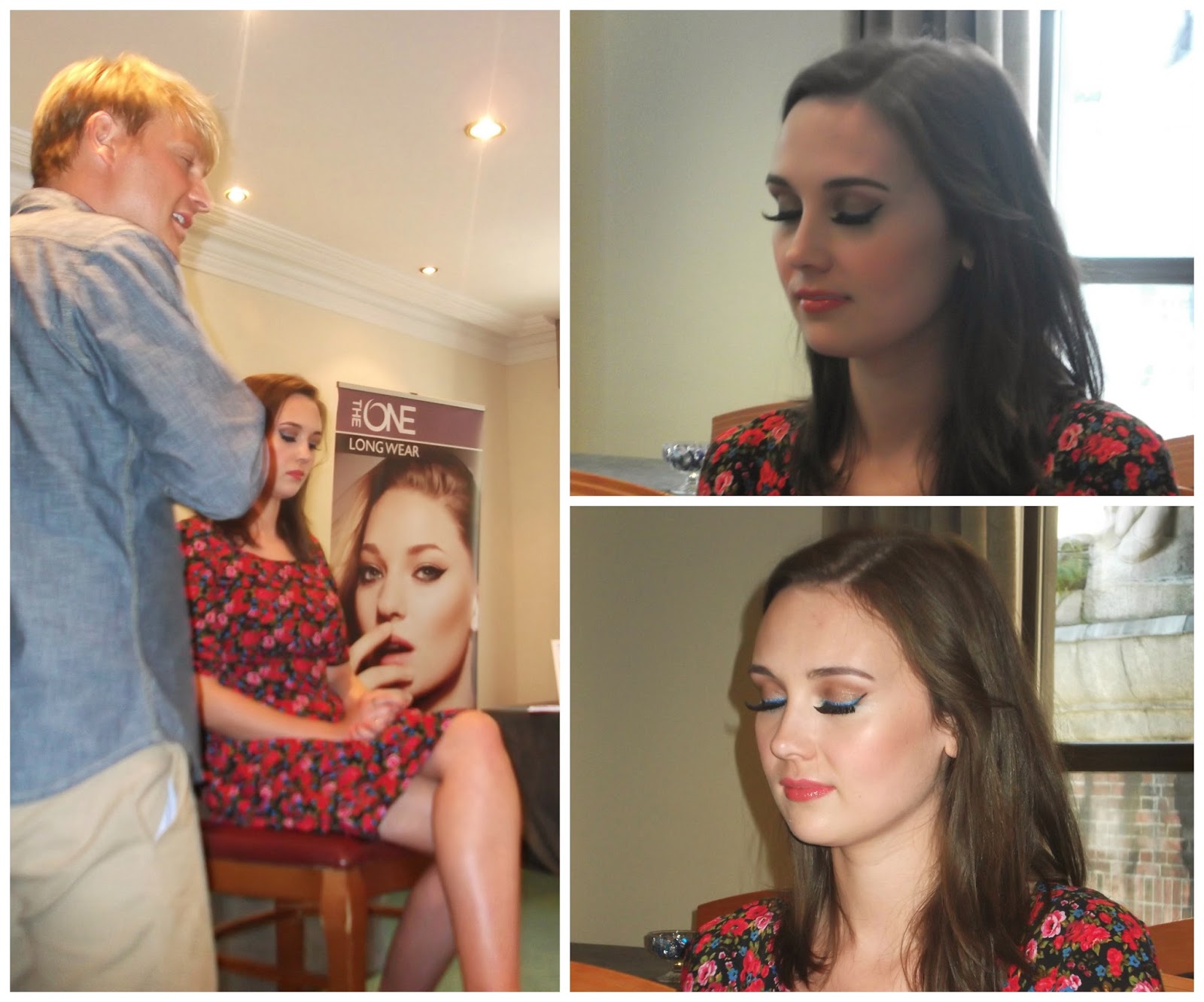 I have an Oriflame catalogue burning a hole in my handbag, so I can't wait to flick though it and maybe pick out a few things to drool over! I was also lucky enough to receive some of 'The One' products so I will be reviewing them in the future. You can have a look at the entire range here.
Posted by Unknown at 21:31

Email ThisBlogThis!Share to TwitterShare to FacebookShare to Pinterest
Labels: Gary Cockerill, launch event, make up, oriflame, Oriflame the one, the one