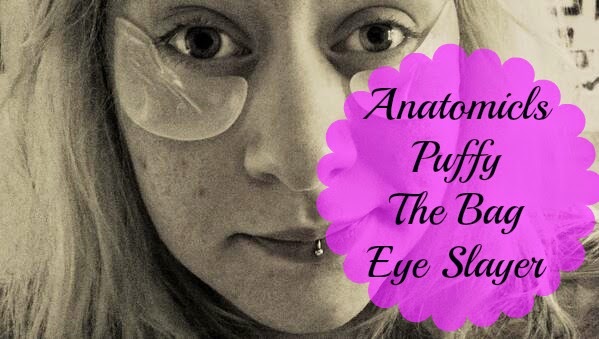 An age ago I got these Anatomical puffy the eye bag slayer wake-up under eye patches in one of my subscription boxes. The little pack got shoved to the back of my draws and were soon forgotten about them until I was having a root the other day and found them. The little pack had two sets of patches and so I tested one out, for the craic! You simply apply them under your eyes and wait half an hour. The patches are meant to reduce the puffiness from under your eyes and leave you looking a sight better ( - see what I did there? Man, I'm so punny!) as they are filled with vitamins and collagen.

The first thing I noticed about the patches were that they looked and kind of felt like condoms. I know, I feel a little odd saying things that felt like condoms were under my eyes for half an hour, but it happened. They were easy to apply but the liquid that they sit in inside the packet went all over the place. Not even slightly fun to be as clumsy as moi! 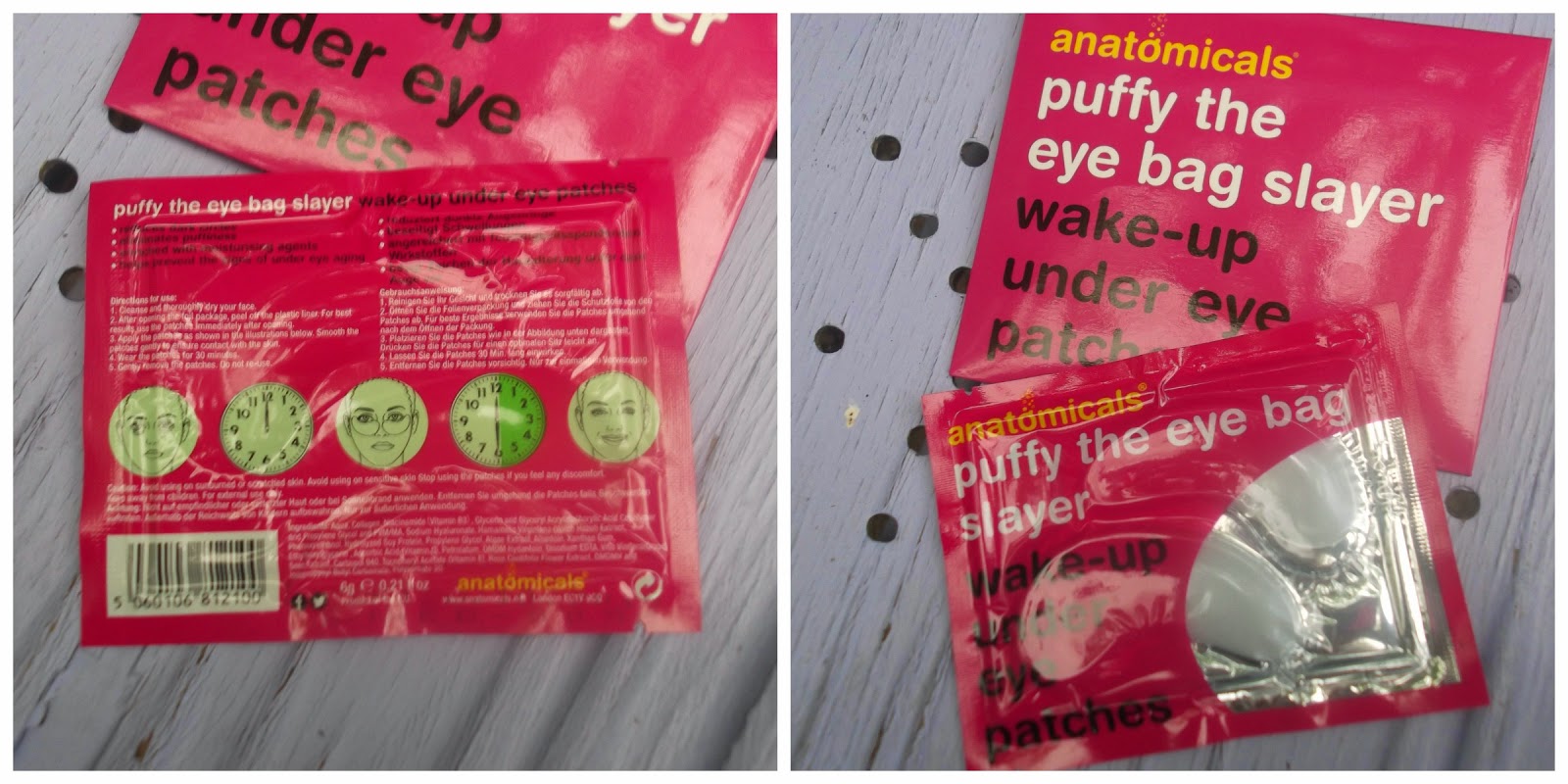 I have nothing to say about how I look in the photos below. Theres no point in trying to fix your skin if your just going to cover it in make up (and open your eyes more it seems!) for photos. No, feck that. The first photo is before they have been applied. I had one on my eye before I remembered to take before and after photos, so just ignore that. The photo underneath is 30 minutes after and I think there was a slight difference from just looking at them both. Personally I thought they did work in decreasing the puffy look and therefore slightly decreasing the dark circles, bonus points!

Would I go and buy them? I'm undecided. They did work in decreasing the puffiness a bit but I know there are lots of these type of products on the market, which makes me wonder if there is something better out there for my money. However I am a fan of the Anatomicals line and love all the packaging and mad names they give to their products. Also they are relatively cheap and cheerful at just under €7 from Cloud10Beauty where I normally get all my Anatomicals things. 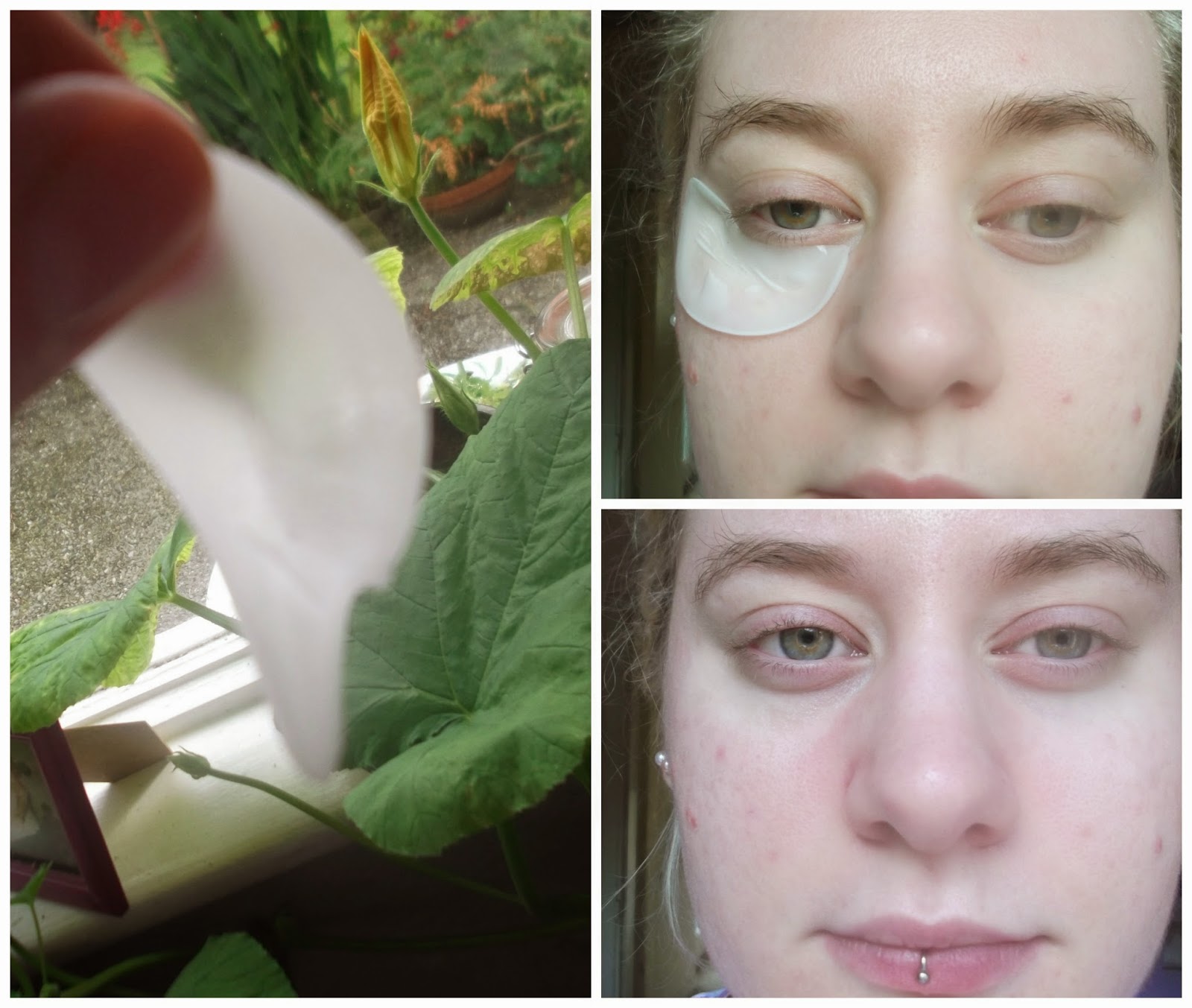 Is this something you would get, or do you think its a waste of money?
Posted by Unknown at 00:17