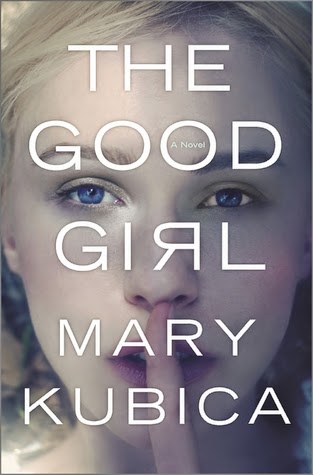 Not to belittle the content on NetGallery, (or whats out there in the book shops) but its not often I come across a book that makes me wish I hadn't read it so fast. That it wasn't over quite so soon. This was indeed one of those books and to make it even more shocking, it was a debut novel, this author has never published a book before. Even before I tell you about the book I strongly recommend you put this on your reading list, its something special. I was kindly given the chance to read this before its release date. You can pre-order it for its release date on the 1st of August here.

Mia Dennet is the daughter of a judge and a 'home maker' mother. Her older sister followed in her fathers steps and has made him proud, while Mia is an inner city art teacher, the black sheep of the family. Mia is currently dating a near non existent boyfriend, who one night calls last minute to cancel a date instead of meeting her at the bar where she takes the call from. Mia instead leaves with a smooth talking stranger after a few too many drinks, thinking that he will be a safe one night stand, but Colin is anything but.

Colin has been following Mia for days now. He knows where she lives, works, who she sees, where she gets her groceries. ''I don't know the colour of her eyes or what they look like when shes scared, but I will.'' His job is simple. Kidnap her and deliver her to his employers, but somewhere along the way Colin decides things are not going to go as planned. This wild extortion plot just went off the rails and Mia isn't about to walk free. Instead they hide out at a secluded cabin in Minnesota and Mia is close to loosing her mind from fear and trying to figure out what this man wants with her. Will Mia's mother Eve and Detective Gabe Hoffman be able to find her?

This was such a great read. The story is told with each chapter going back and forth from about four main characters, before and after Mia's kidnapping. It sounds like it could be hard to follow, but its really well done, clearly marked and written perfectly. It flowed but parts were a little drawn out - maybe that could just have been my own impatience in wanting to find out what happened next in the story. I loved how the author managed to sway my emotions along with the characters and I was literally left sitting on the edge of my seat at times. Despite the simple idea of a girl being kidnapped and held by a man, it was full of twists and kept me eager to turn the next page, while also establishing good side stories that interconnected so well with the main story. My little heart was fit to burst and yes, by the end of the story I was in tears. Oh all the emotions!

I was blown away by the story line, I wasn't expecting anything that happened and the twists of the plot still have me reeling from them. Just wow - and its not often I'll ever say that about a book. Its rare for me to find a really good book that I have nothing negative to say after reading it and rarer still that I'm more then ready to tell anyone who will listen to read it. Consider this post me shoving the book at you and demanding you give it a go!
Posted by Unknown at 21:19