Not So Essentials Boots Haul 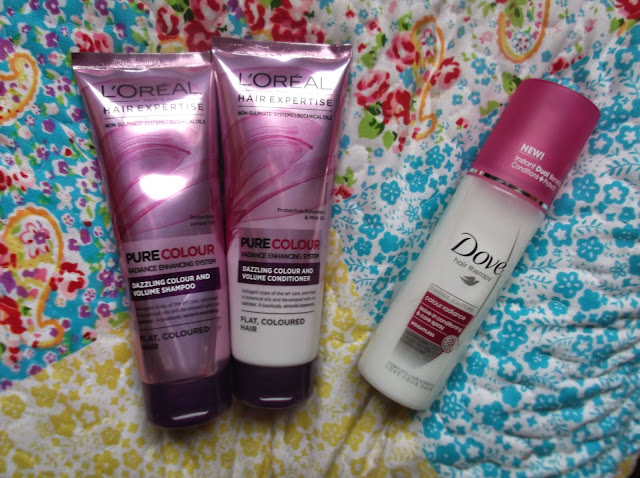 I went to Boots about three weeks ago for eye makeup remover and I naturally went a little mad. I haven't had a good look around a Boots in the longest time (well over a month - a lifetime for me!) and when I'm in Liffey Valley that has one of the biggest shops, I love to have a proper spend on a few bits. I always feel like that have the best deals with the best selection of things.

First I got some L'oreal pure colour shampoo and conditioners. Being honest these were a little more expensive then my regular always-on-offer Garnier, but I've watch Fleur talk about the brand so often on her channel that I decided to try them. Normally both €7.99, they were on offer for €3.99 each. I'l totally be putting up a post about these in the next few days.

The Dove leave in conditioner was grabbed on a whim, but I'm so glad I did get it. Normally €4.99 it was down to €2.49 and I definitely think it gives Aussie a run for its money. If your an Aussie lover like myself but see this on offer, do pick it up. It does the job just as well, smells like Doves lovely shampoo and also has a much better spray disperse then Aussie which kind of squirts a load of product on one piece of hair. 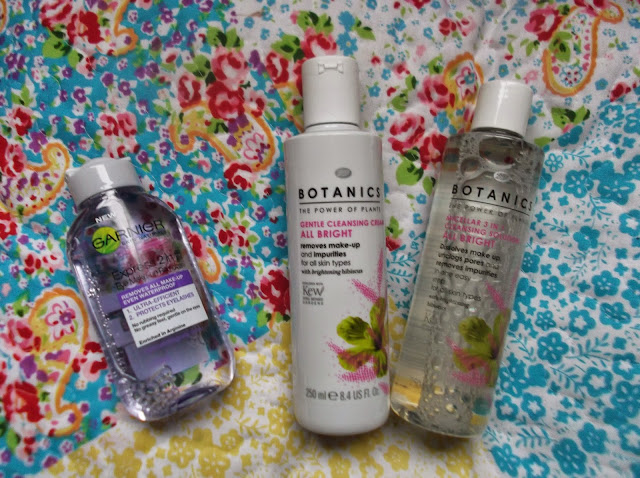 I'll admit that I go through make up removing products like no ones business, I just have to make sure that I remove everything. And lets face it, I do cake on a lot of make up. I got my regular Garnier eye make up remover (which I'm almost all out of again) for €2.99 - its always on offer though, but sometimes it can be €4.49. I might have a look out for an eye make up remover thats in a bigger bottle. No point in having a tiny bottle with all the mascara and eyeliner I wear!

Botanics is a lovely brand that I do use when I'm feeling like a treat, but it can take ages to be on offer at times! Garniers micellar water is the best value for money hands down, but I thought I'd pick up Bontanics that was €6.49 down to €3.24 to try out and also the cream cleanser, €5.99 down to €2.99, as I was running out. To be honest I don't think both are anything special, especially the cleanser. I think Ziaja do a much better one for less then €4.99. 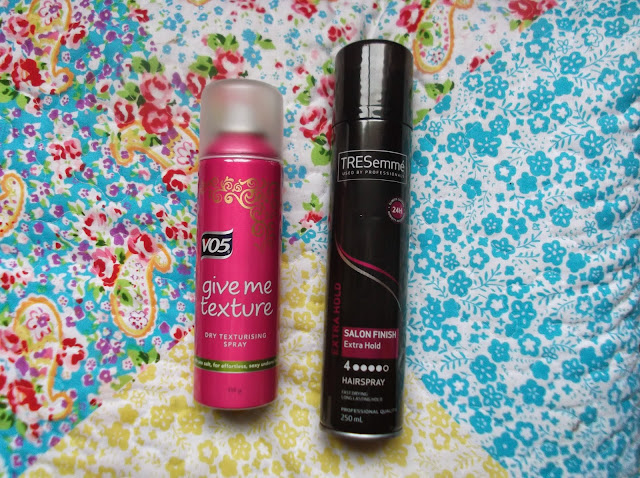 The V05 give me texture spray was a repurchase and its the best thing since sliced bread. It was also on offer from €5.09 down to €3.81 so I couldn't not be happy with that. I'd highly recommend it for anyone who wants to jazz up their hair a bit, but doesn't want to spend ages curling it or putting loads of styling products in. I haven't noticed that white layer on my hair after using it, like some dry shampoos can have. It smells great too.

I didn't really need to get a hair spray, but the Tresemme salon finish extra hold was on offer from €4.09 to €2.72 so I got it. Have to say that I'm not at all impressed with it though, I don't think it has an amazing hold at all and I have gone back to using my Aussie hair spray instead as it holds the aul curls much longer. Not one I'd recommend picking up if your looking for heavy duty hold. 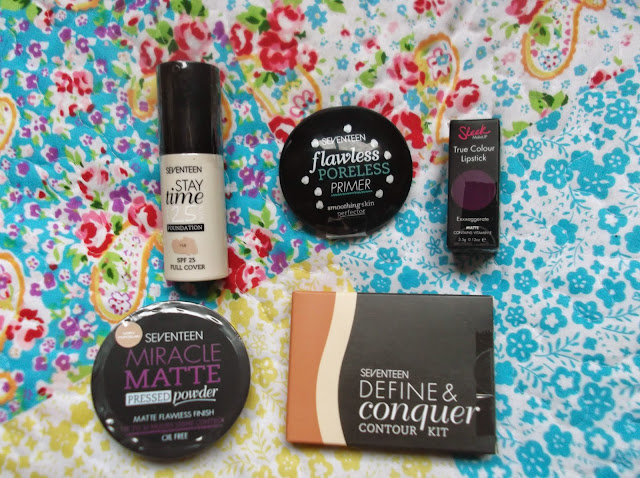 So Seventeen had a buy one get one half price on. And I think by now we can all agree that I'm a big fan of the brand. I was in need of a new pressed base €5.09 and I've used this one lots before so I got it - since then I have drunkenly broken it after I grabbed my clutch while it was open. So so sad. I got a repurchase of my much loved stay time foundation €8.19 and then a random spend of their flawless poreless primer that was €7.59 which I'm enjoying so much. I've come to the end of my favourite contour kit by Sleek and decided as the offer was on  I would get the offering from Seventeen which was €7.59. I'll be doing a post about it in the near future as well.

Lastly I picked up a lipstick from Sleek in Exaggerate. It the most beautiful matte deep purple and I couldn't love it more. I've been wearing it non stop since getting it and its that loved that I will be picking up another one in a month or two if I keep using it at the same rate. It was only €5.99 which I think is great value for what you get.