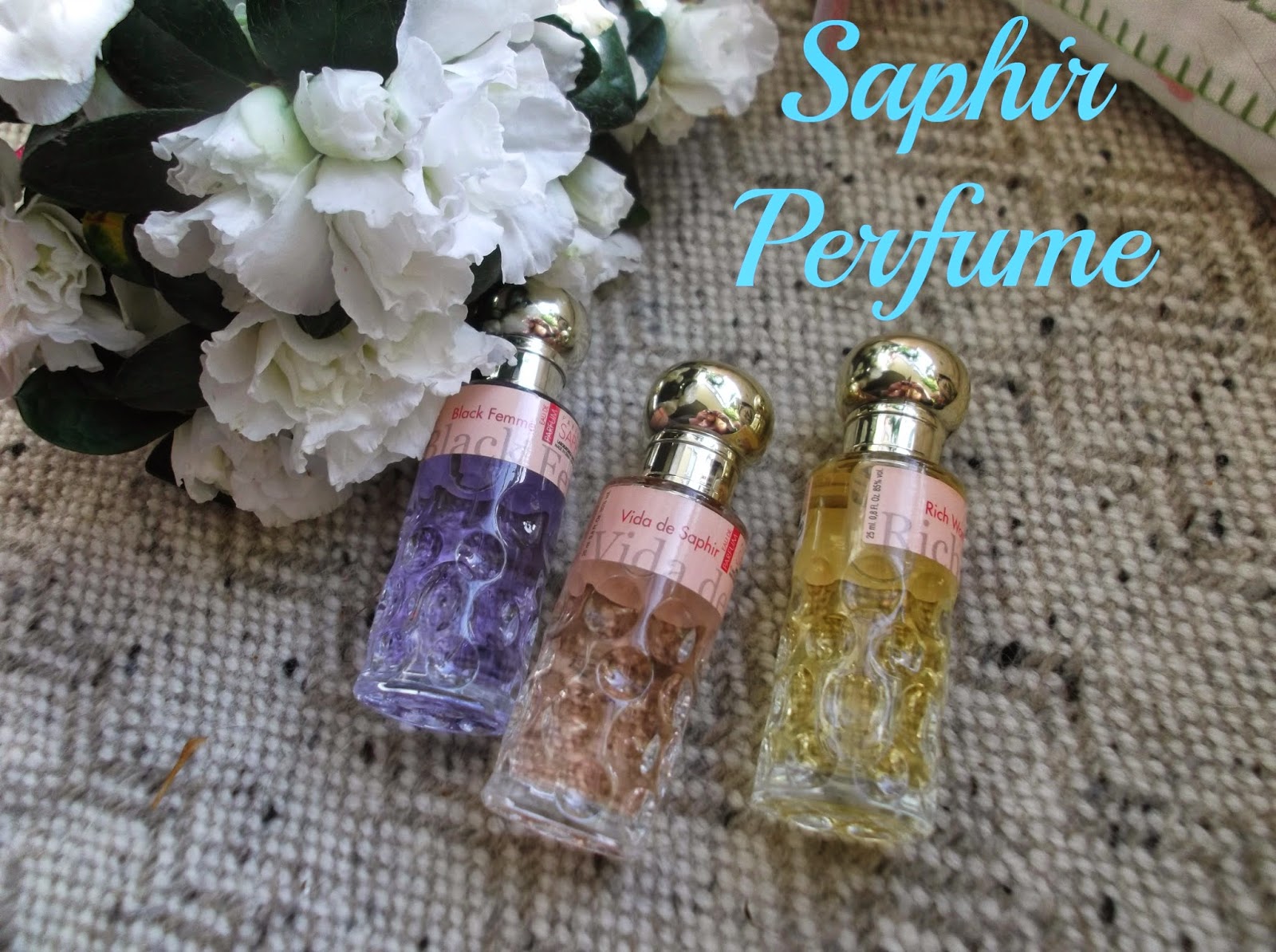 Saphir is a totally new brand to me and I'm sure to many of you out there. This Spanish company has recently made its way to Ireland after spending 50 years in the business of making all things nice smelling, but at a next to nothing price. Saphirs specialty is modeling 100% of their perfumes on designer scents with almost all the same ingredients. Personally, I think thats kind of deadly but I wasn't sold until I actually tried out some of the perfumes myself for a few weeks.

I'm not big on designer brand perfumes, I think a lot of them just aren't worth the hype or money, but the chance to have some of them for €7.99 is something not to pass up on. The scents that I was given to try out from the womens range was Black Femme (Armani Code by Giorgio Armani), Rich Woman (Lady Million by Paco Robanne) and Vida de Saphir (Vie Est Belle by Lancome). And from the mens range I had Armonia Black ((Armani Code by Giorgio Armani). All of these copies do actually smell nearly exactly like the real thing - I went on an expedition in Boots for a proper sniff of everything. 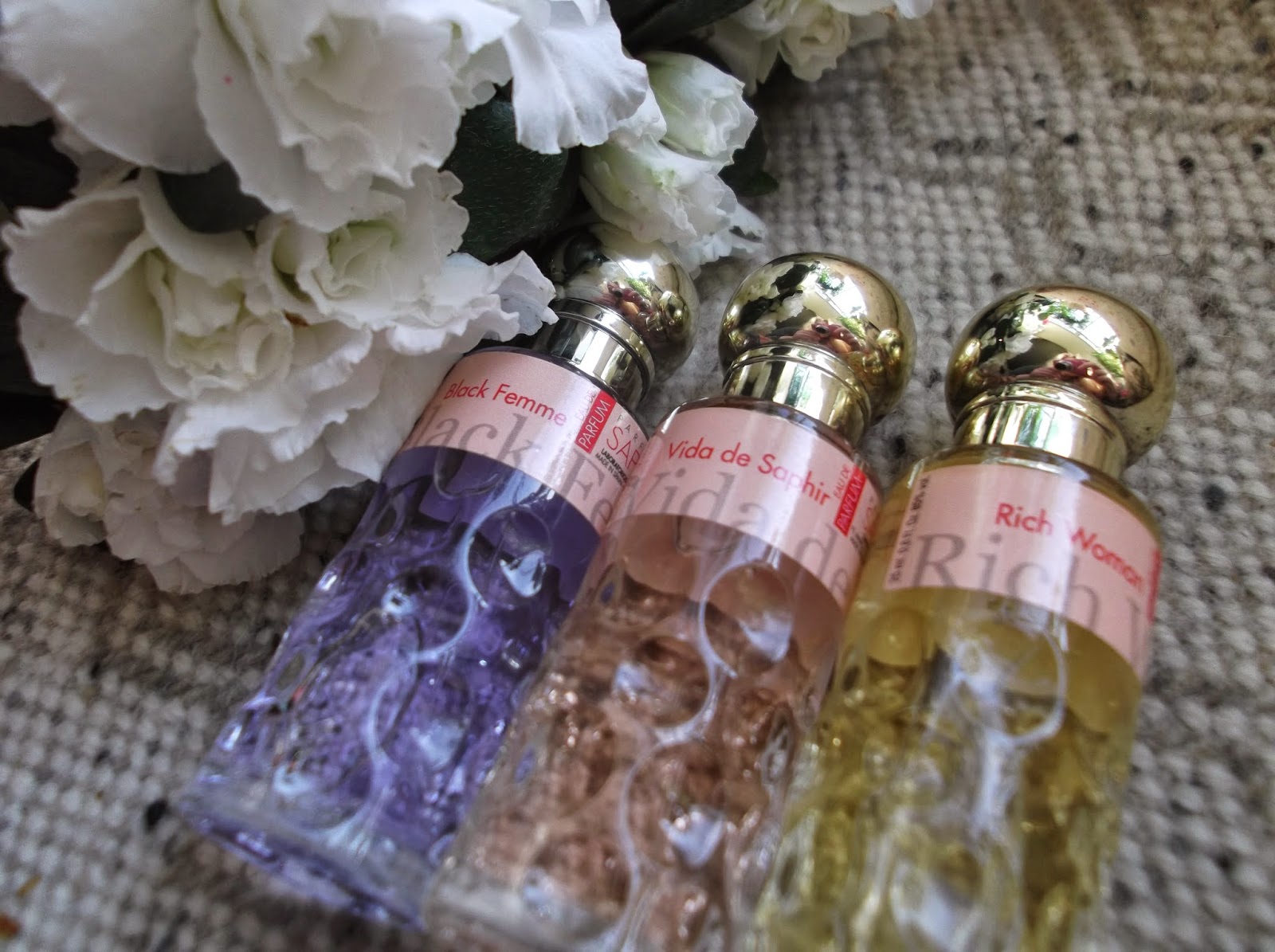 Out of the three womens fragrances Black Femme has to be my favourite, but I do change my mind every few days. And lets be honest, at €7.99 I can easily decide to wear a scent for only a week and never again. I'd really love to pick up a few more of these as there are 48 womens and 28 mens perfumes to choose from. Also would you ever look at how gorgeous those bottles are? I've been carrying at least one around in my bag daily as they are such a super handy size (25ml) but I do get a pang of guilt as they should be sitting displayed with pride of place on my book case instead.

Surprisingly enough though, when I first got my package in the post it was the mens Armonia Black that I reached for. I know I'm not the manliest of ladies *looks pointedly at boobs and further down* but this was just gorgeous. I wore it a lot and found myself pulling it out of my handbag when friends were about to ask them what they thought of it. I'm not sure if I like it because it smells nice and I want to wear it, or that it smells like an attractive guy and therefore want to smell it around me a lot. - And before you say it, any guy who smells good is automatically more attractive, as is the well known law of attractiveness. Or so I like to tell myself. (In case anyone cares, I'm tucked up in bed writing this and taking frequent pauses to have another sniff of it. Man, this stuff is good!) 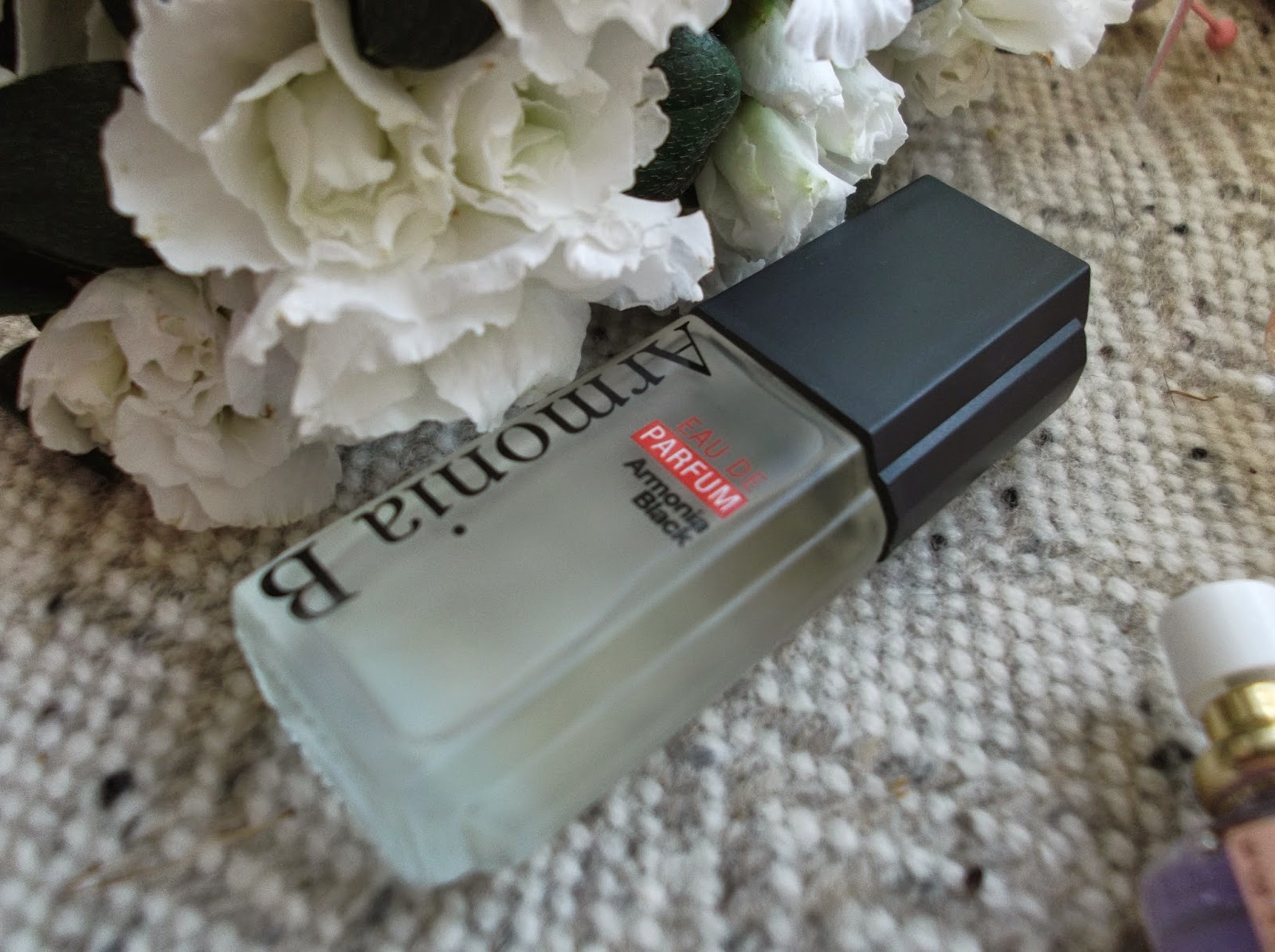 So to summarise, they look gorgeous, they smell great and the price is stupidly brilliant. I'm off to spray any guy (or girl) who comes into the house with lovely smelling attractive man perfume. Find stocklists here, ah go on you will!