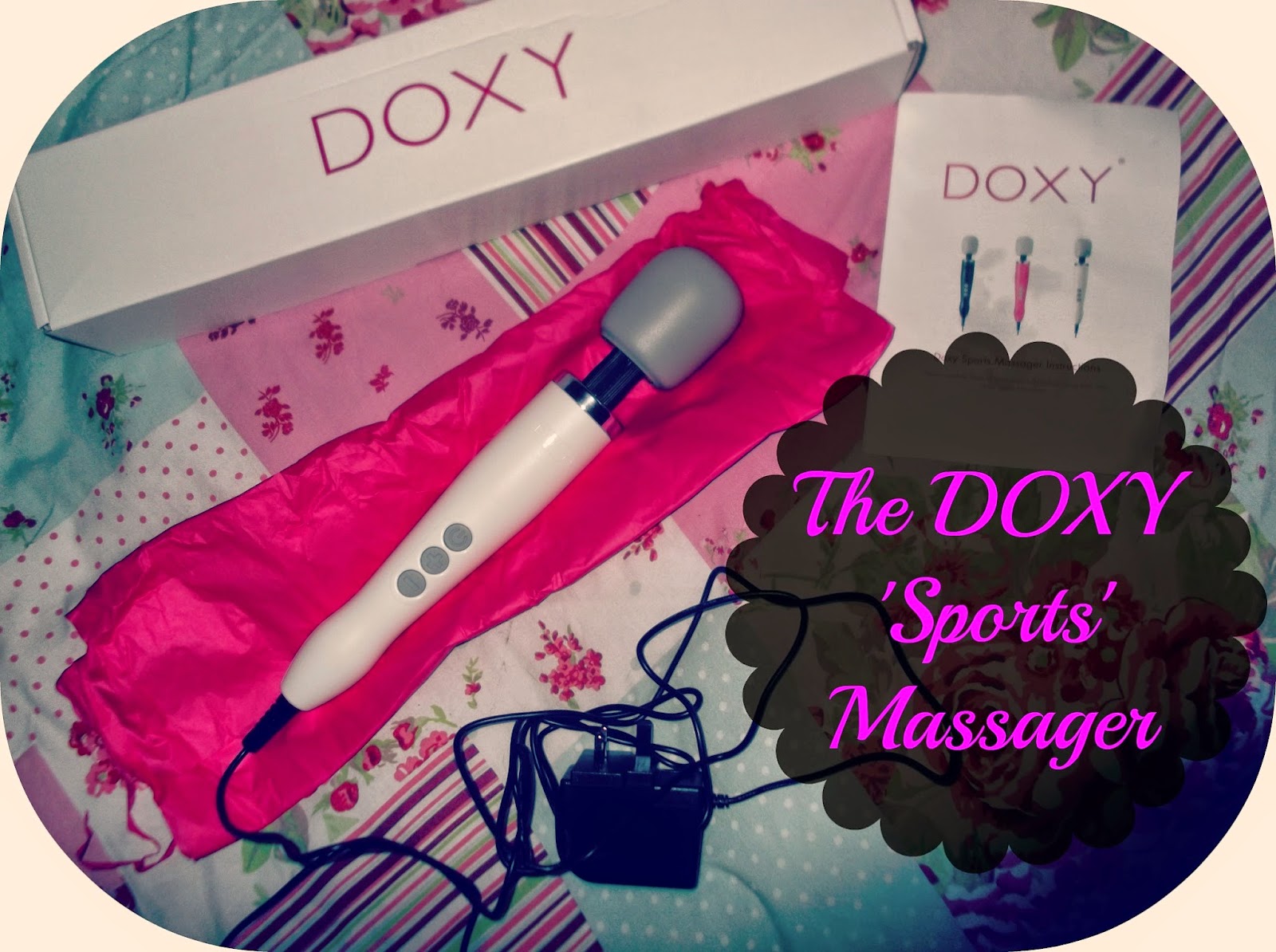 It feels like an age and some since I've posted about anything sex related. Try as I might to fix this, theres always a lipstick or cream that distracts me slightly. After all, you can't have I-feel-sexier-then-sex, sex without a little help, so the beauty side of it goes hand in hand. (Look at me trying to justify my rooms full of products and crazy spending habits.) But I couldn't hold out any longer, I have to tell you all about *DOXY. Christ on a bike this is some sort of  black magic, and I hate to be cliche. But I am bewitched by it. To begin with, I was slightly unsure if I wanted to spill this secret, but why keep this wand with its magical powers hidden when the world needs it? (Anyone suddenly get a superhero vibe there? just me...)

Secrets Ireland kindly sent this out to me after asking if I'd like to give it a whirl. It came in the most discreet packaging and I can't get over how quickly it came either. It was all no fuss and nothing out of the normal. That was until my gran appeared. I occasionally get post from PR companies and she can never wait to see what it could be, bless her little socks. But the day I got that she hounded me, for what reason I'll never know. Perhaps as the packaging was so plain, she was more intrigued then normal. It ended with me legging it to my room shouting about secret Christmas presents. Grannies, eh? But once I opened the packaging I was met with extra measures to ensure the buyers blushes were spared. It was in the most beautiful pink soft tissue paper. If for some reason the outer plastic packaging was to break, no one would ever know what was inside with all that paper. Major thumbs up to Secret Ireland for going to all this trouble. Love it! 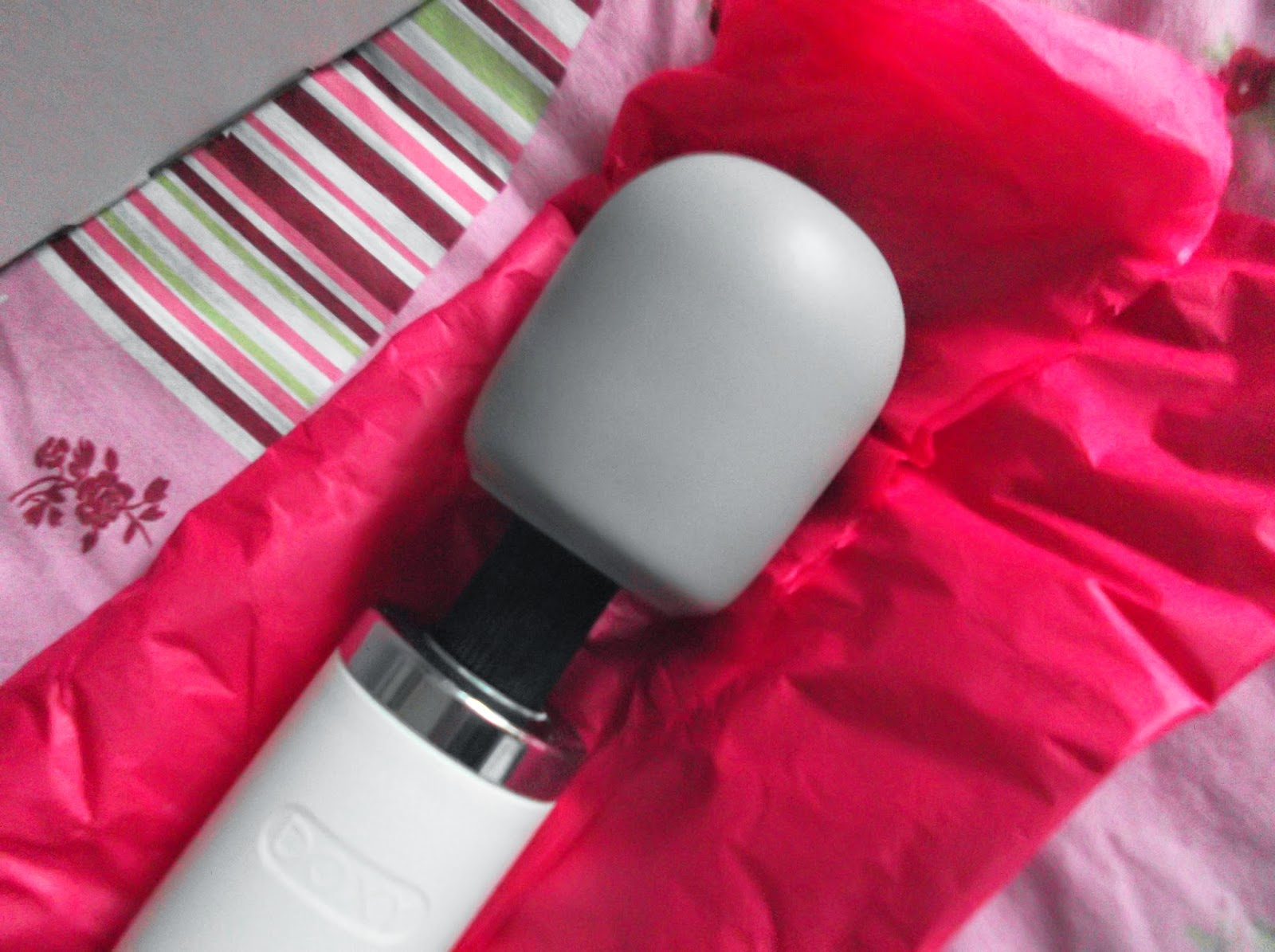 So, what is it that made me give such a glowing report in my opening paragraph? Well, to begin with I love that this toy doesn't require penetration. I think its a stereotype to a certain extent that in order for it to be a 'good' toy, it must perpetrate the person in order to get pleasure from it. This toy is a perfect example of how those ideas are thrown out the window, and I love it. There are those who don't find any pleasure in penetration and also, sometimes I personally just don't feel like having something inside me. Maybe its my claustrophobia, maybe its something else. But itsn't it wonderful that theres such a wide variety of toys like this that I can choose that option and still know I will get just as much pleasure from it? I think its a sad thing that I don't actually have more non penetrative toys like this. Truly a new leaf has been turned for me by this massager.

Not only that, but both sexes can enjoy this, its a wonderful unisex toy. I find that most toys can be unisex, but particularly with this toy I know the question 'but how?' was asked a lot when I talked about DOXY with friends. I can honestly say that men would (and do. Testing it out in the name of science and a well rounded review, don't you know!) get just as much from it as you would expect a woman to. Now, thats a statement I don't say too lightly at all. High intensity  vibrations to your clit is the obvious one. But what about the anus, nipples, sensitive thighs and penis, to name a few? If its an exterior body part, this can be used on it. Or simultaneously feeling the vibrations with your partner while you have sex is another option, this isn't just for solo use. As always, skies the limit with toys if you just think about it. 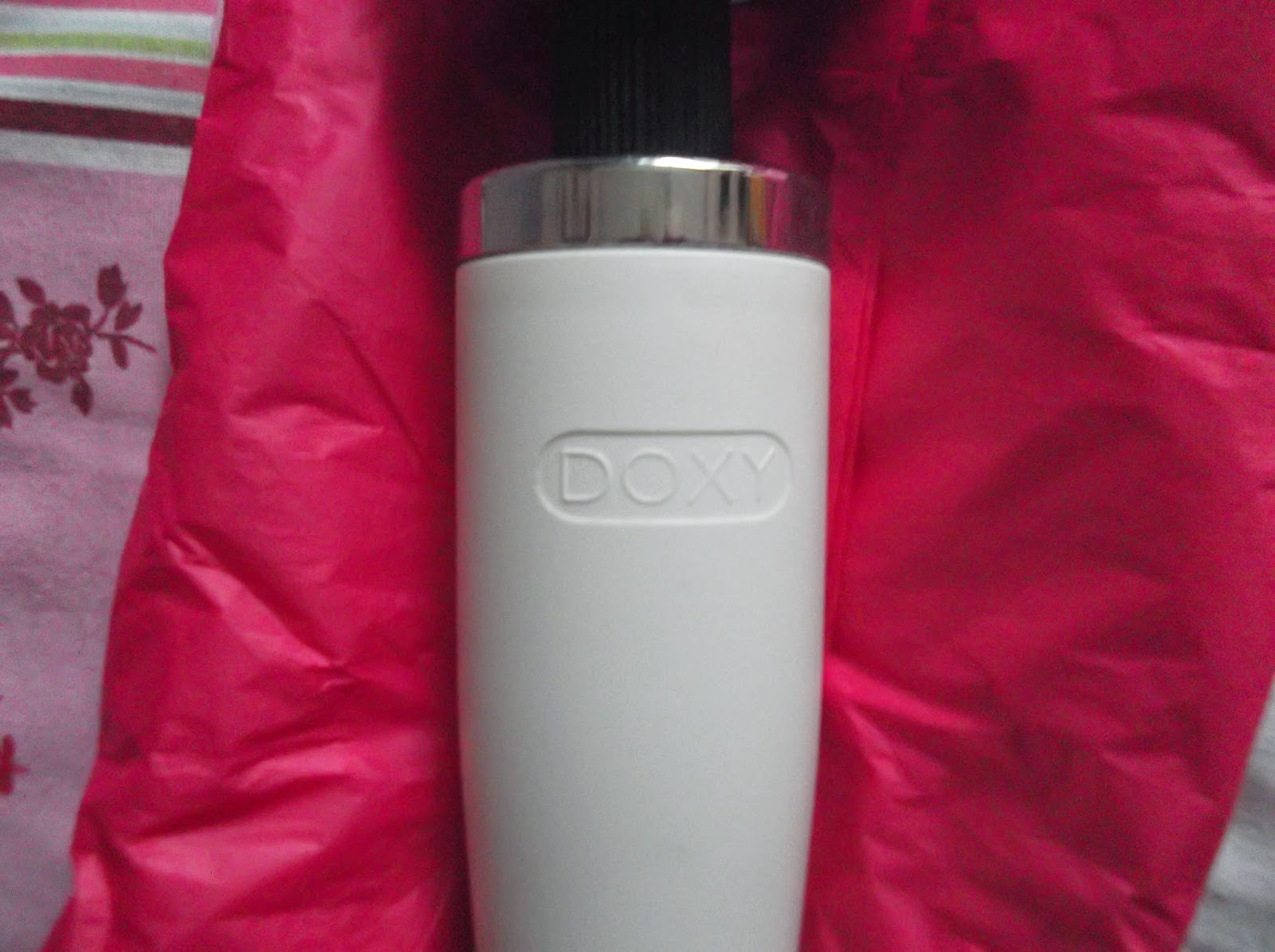 This is really easy to use, there are only three buttons. And believe me, when your 'otherwise occupied', three buttons is all you can handle. An on/off button, and the other two to control the speeds. You can also hold the on/off button down to set it to a pulse setting. A few things that I want to nit pit over are things like the speeds. When you turn on a toy it normally starts off on the slowest speed and then you can gradually make it speed up. But with DOXY it starts off on a mid speed and if your like me, every time you use it you've forgotten this and leap away from it in shock. Its not a big thing, but I'm Irish and entitled to say 'Jesus, me nerves!' without judgement. (Cos' who would ever judge me for writing about sex toys and masturbating on the internet!) It also gets hot. Use it for over 12/15 minutes and it starts to heat up. I'll admit thats the one 'scary' thing about DOXY, or any sex toy for that matter. But it does give you warning in the booklet that comes with it. And lets be honest here, unless some sadist is your partner, your not going to have the toy turned on for a extended period. (Unless you do, you lucky person, you!) But its one to keep an eye on. 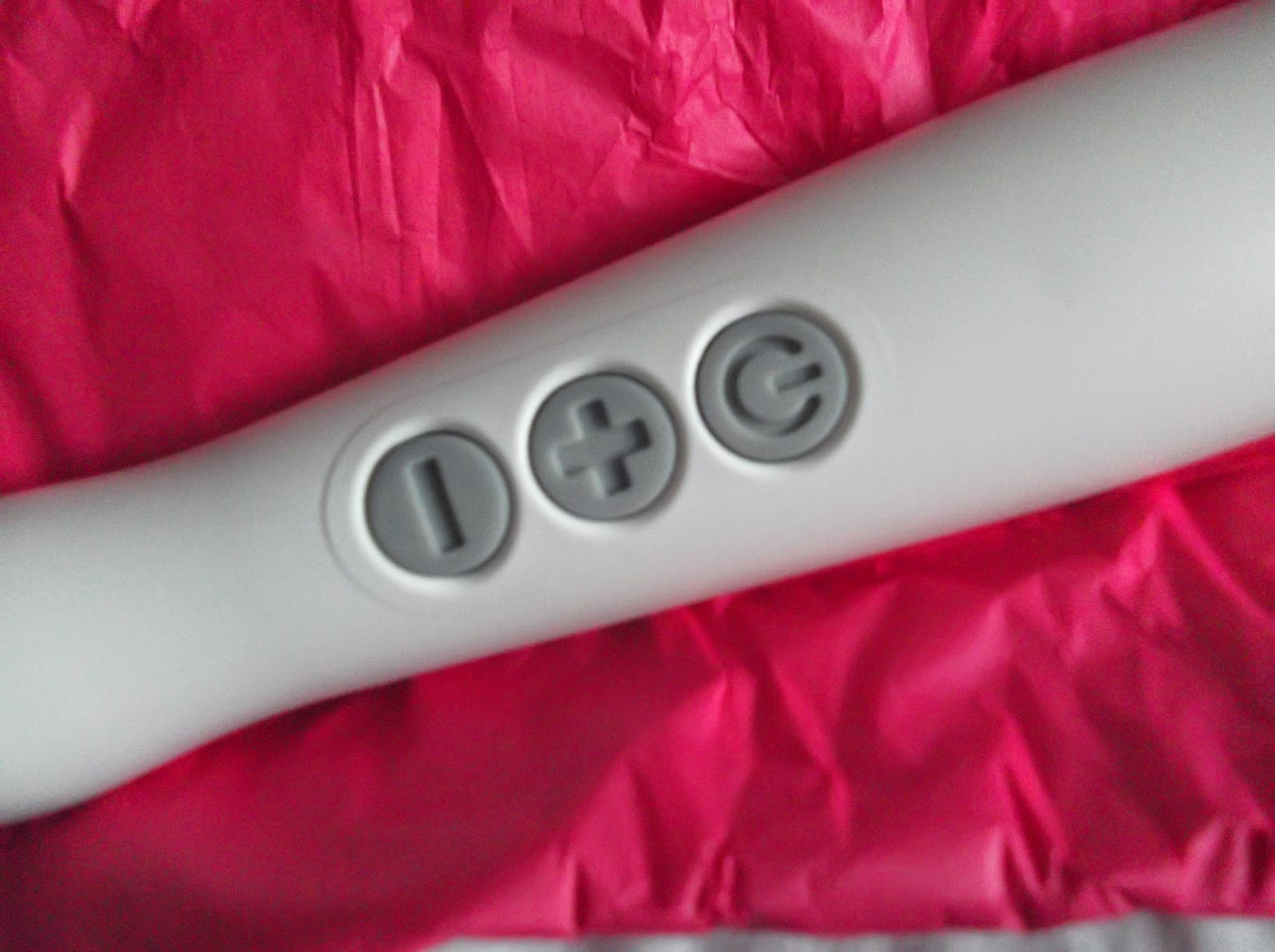 A few more wonderful things to note now. Its super easy to clean, and although it doesn't say it in the instructions as something it can do, I take off the smooth grey cover that is made from hypoallergenic medical grade material that is free from latex or phthalates, to clean it and pop it back on. I think this is one of of my easier toys to clean, if theres such thing! Theres no small fecky parts to try and get the warm soapy water into, lifes made a littler easier. Its also got a cord that is the length of today and tomorrow, so your not restricted to being pressed against the wall in order to reach a socket. Instead, you can have the pleasure of being pressed against the wall for an entirely different reason.

DOXY is a loud and proud thing. I take back any toys I've crowned as jack hammers, this beats the best of them. Going from extremely quite - for a sex toy, to utterly glass shattering in a few presses of a button, this isn't one to use while the house is full. Having said that I've used my fair share of toys by now to expect that unless they only vibrate inside you where its slightly soundproofed, there is going to be a certain level of noise. 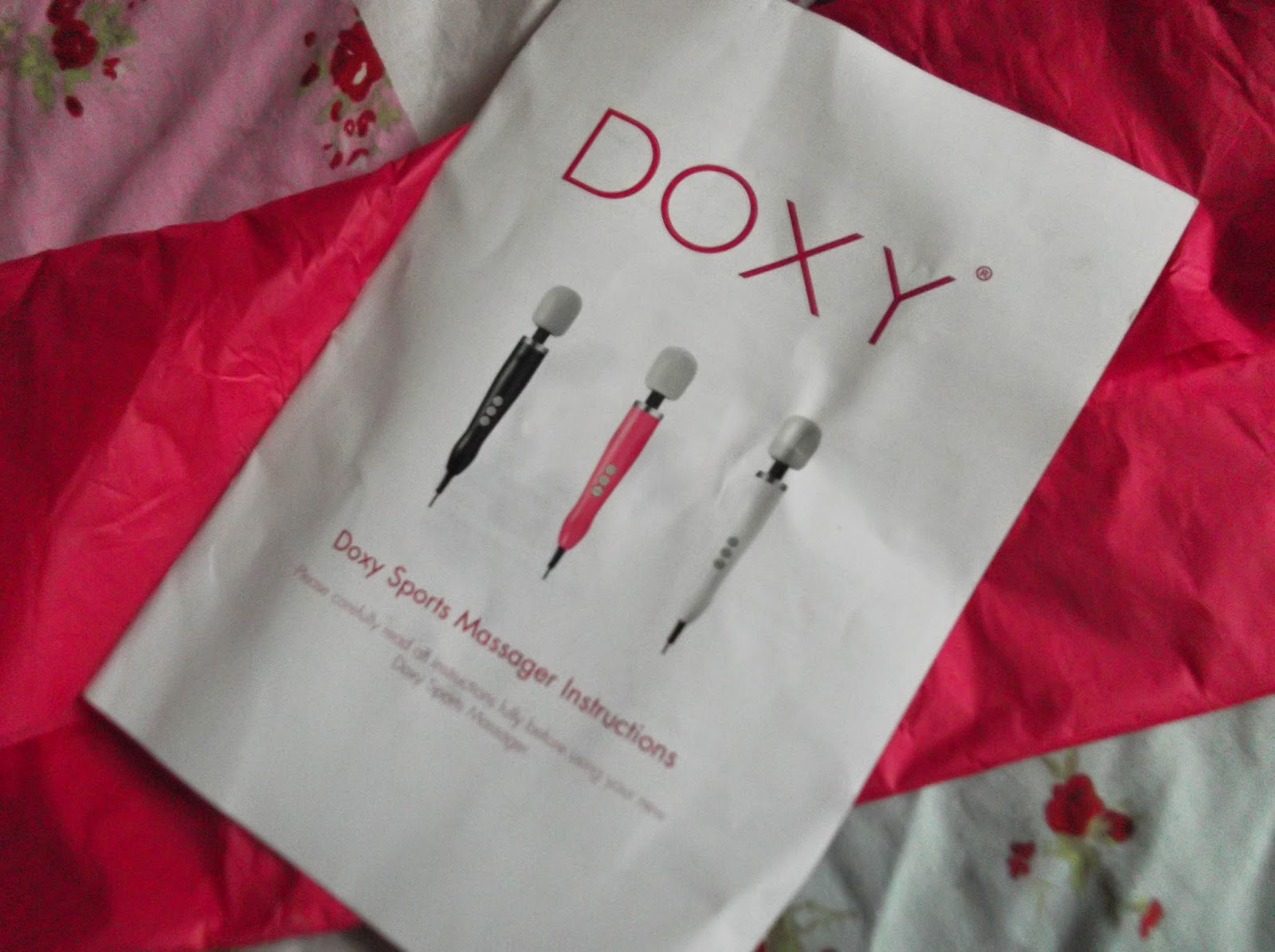 My one major, I mean major issue with this toy? DOXY is marketed as a sports massager. And while I like to think of sex as a sports (God knows, its the best form of exercise I ever get!) I wish that DOXY was shouting from the roof tops that this is a sex toy by name, considering how amazing a product they have here. Sure its sold on sex toy sites, its Twitter picture even has a girl pressing it against her clit, but its not sold as something sexy, fun or even informing the general public (read: me the daft slow cow) that its actually for your fun bits. Its won awards since starting out in the UK in 2013, boasting to be the worlds most powerful wand massager. Thats something to be proud of.

So, would I buy it at €97, knowing full well that I'm the queen of bargains and skimping on money? I'd feckin' buy two. Seriously, I can't get over how this thing works its black magic. Theres not a bit of me that doesn't wholeheartedly agree with that statement. I'm sorry I didn't know about it back in 2013 when it was first released. And we all know how much I love a good bitchin' if I'm not 100% happy with a product. Bonus points, it now comes in purple too. If anyone is stuck for a Christmas present, I'd suggest investing in a toe curling, scream inducing, dehydrating and exhausting-you-in-the-best-possible-way, DOXY.

You can get yours from Secrets Ireland. 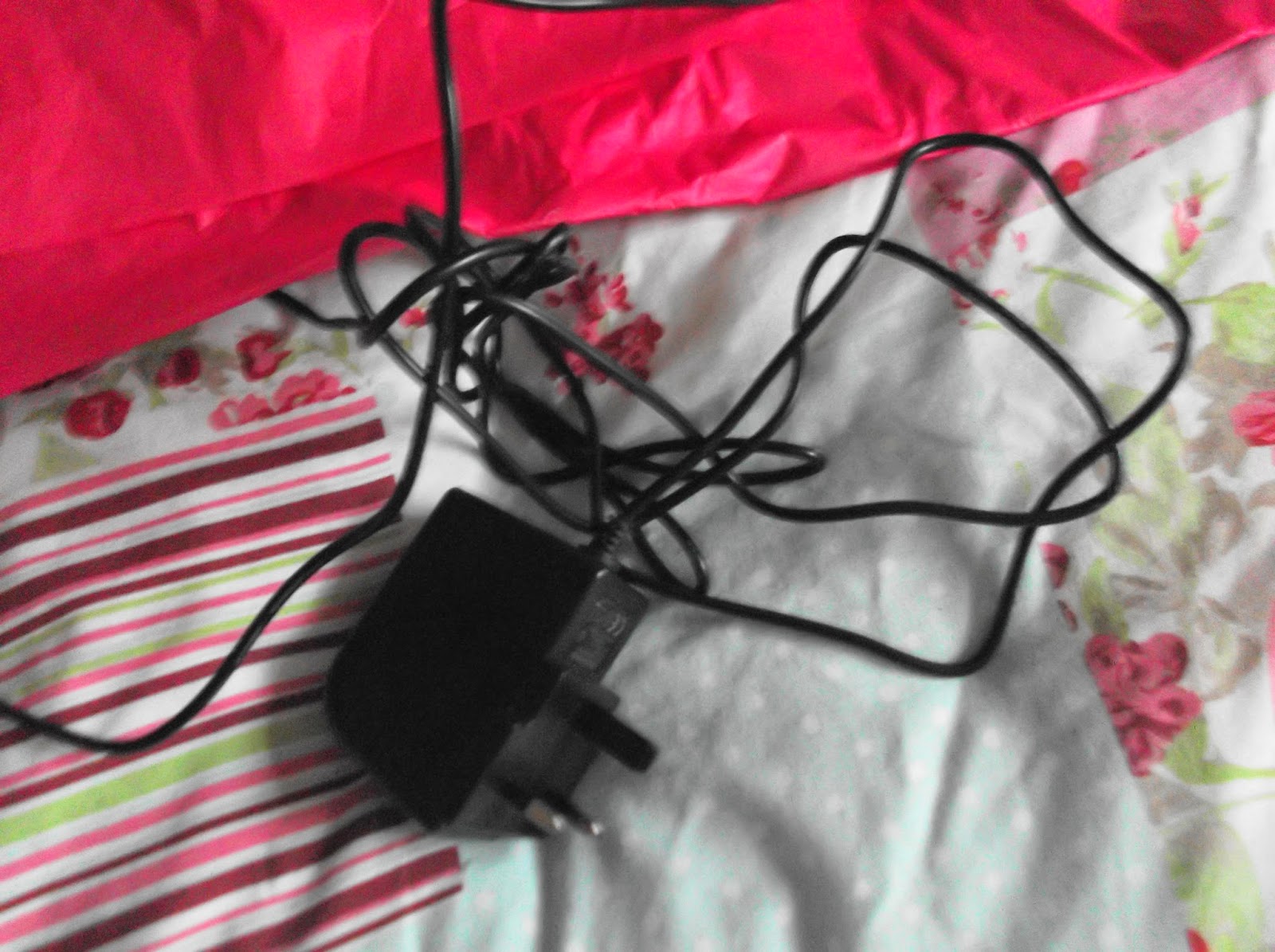