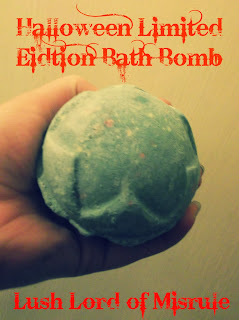 Unlike the Soot Ball that I bought the other week purely on looks, I wasn't too taken with lord of misrule because well, it didn't look as pretty! (don't judge a book by its cover huh?) But when I was in Lush I picked it up and smelt it - it was a good move. It smells amazing, its massive and it actually looks really cool. Apart from the obvious Halloweeny green it has dots of pinkish reds, white and yellows too.

What I later learnt was that the design on it was based on the hats you find in Christmas crackers! Bit odd to be advertising them as Halloween editions. I've only just found out that they are in a good few of the Christmas gift sets and staying in the shops until the Spring. Don't get me wrong, it may sound like I'm complaining but what I'm really doing is rabbiting on autopilot while planning my next trip to Lush. Making a mental note to bring an extra bag too. Lord of misrule is just that good.


This uber big bath bomb has fair trade absolute vanilla to make you silky soft, black pepper and patchouli oil. It has a little surprise of some popping candy and amazing colours that fizz out leaving deep red bath water when its all dissolved. When I used my first one of these I ran the water and then added the bath bomb to watch it work its magic, so there weren't very many bubbles at all. However the second time I used this (yes, I have used a few since..) I let the water run as I dropped this little beauty in and I was amazed at how many bubbles it made. It kind of reminds me of a bubble bar.

Looks cool, leaves your skin feeling soft and moisturized and makes the whole house smell divine. Along with you too of course. Theres nothing I can even think of to say thats negative. It costs around €4.25 which isn't too bad for its size and compared to the prices of other bath bombs. 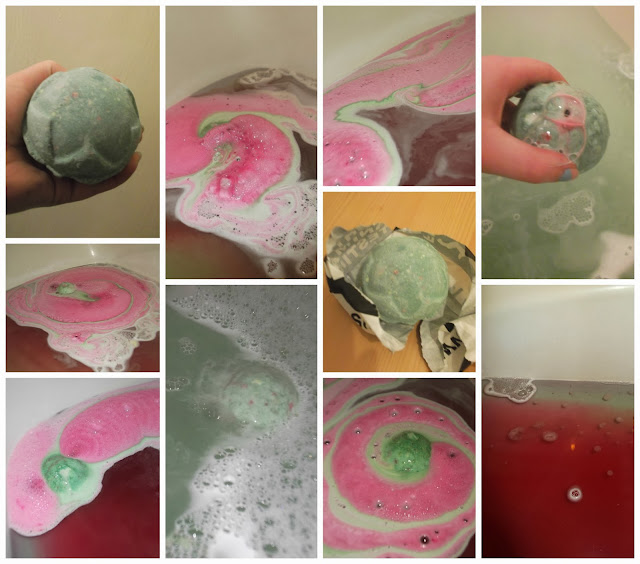