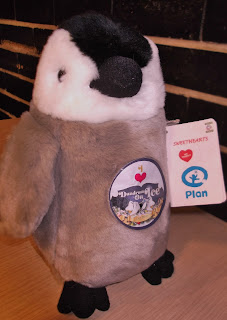 For those who know me and some that don't, the title of this will bring a painful, tear jerking, hold-onto-your-sides kind of laughter to you. Yes I went ice skating. The most clumsy, lack of coordination girl you could possible think of, doubled. Why do this to yourself one may ask? Well, because I hadn't done it in years and unhelpfully forgot how awful I am at it.

This all went down in Dundrum shopping centre. Thank god it was late because there were only about 15 of us on the rink. As I space walked towards the door after putting on my skates, I was reminded of a friends response to me telling him my plans of this. He laughed, in my face. The dear. Asking if I really wanted to show my boyfriend how I awkward am. I have been going out with Stephen over a year now and we live together. There is nothing the guy hasn't seen. Yet I was hesitant of it still.

In the allocated  time given, I managed a grand total of 1 time around the whole circle. I held onto the side for dear life while trying to pose and look like I was doing fantastically every time Stephen turned round to see where I was. I think my lowest point was when I nearly wet myself laughing at a man who was clinging onto the side bar trying to get out of doing the splits and failing. But karma bites hard in the ass and no sooner had I wiped the tears away, I was that desperate soul clinging on, trying to get my footing.

As I lay across the side of the rink panting and watching everyone else go by, one of the attendants skated by in what can only be described as an Olympic gold medal fashion asking if I was ok. To which I unintentionally spoke my mind and spat ''I hate you''. Now he smiled and took it to mean I was jealous of his skills, thank god. None the less, when it came to getting off time and I was like a limpet against a rock, the guy thought I was having him on not wanting to move. I managed a laugh at his face when realisation hit him that I indeed was terrified and wasn't about to move without the help of a crow bar to detached me from the side. He half carried me off. Lovely fellow that he was.

All in all a wonderful experience that I will gladly take part in again next year. With a few drinks. And possibly only through being dragged onto it the ice, kicking and screaming.

But for my efforts I was rewarded with a penguin teddy, the little guy above. I'll show you him and my lovely chocolate milkshake/nail varnish (right) instead of  the one picture Stephen captured of me holding onto the side in a frantic pose while looking as if I am either going to burst into tears or kill someone. I was far away from an exit point at that time, let me just add in my defence.

On a side note this was McDonalds finest large chocolate milkshake that they had to offer. Not sure why being thirsty is fun. Is there some ironic value I'm missing here? I hate being outsmarted by my drinks.

Thats all from me for now. Did anyone else have experiences like this while skating or is it just me?